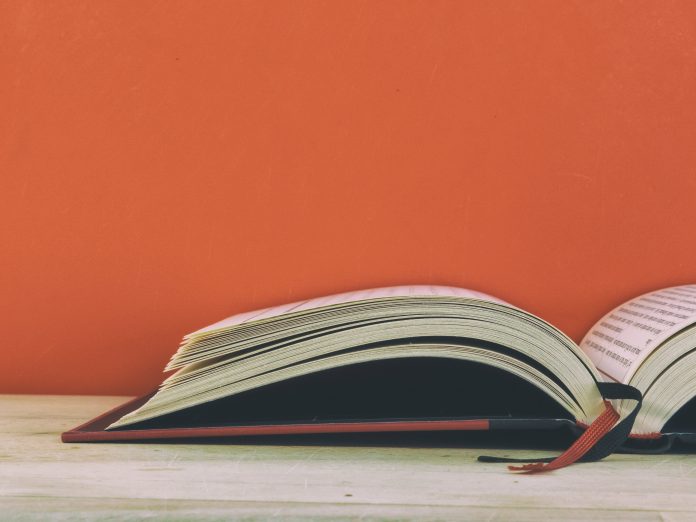 Moosakutty has translated more than 100 books, including Ulysses and The Magic Mountain

At the Thrissur Urban Cooperative Bank, on the first floor of a yellow-painted shabby building near Palace Road, I ran into Mr. Moosakutty.

I had gone to the little bank to find out if I could cheat Nirmala Sitharaman and get a per cent or two more in interest than the one she doles out from the big banks. Most fixed deposit schemes carry not more than five per cent, down from nine or ten, which used to be the case until recently.

Mr Moosakutty had come to the bank to find out about his deposit. They had promised 8 per cent but now he was being serviced at 6 per cent.

Mr. Moosakutty stared at the bank clerk impassively, flaunting his readiness to expect the very worst from anyone. He dilated his eyes at the clerk without bitterness. He had large and tired eyes that protruded a little, under the vast bald dome of his head, like bulbs a little out of joint in their sockets. He was short and thin and he held himself erect. His bush shirt was buttoned right up to his neck. He had an old-fashioned umbrella with him. They seemed old friends.

Also read: The boy in the drum: K Sudhakaran vs Pinarayi Vijayan

‘They are cheating, it is usury,’ I said. I was hoping I could provoke some anger in Mr. Moosakutty and derive a measure of vicarious satisfaction at the general state of unfairness.

Mr. Moosakutty said nothing. He looked at me with understated understanding. I was wearing a tight T-shirt, a pair of shiny red Nylex shorts, and knee caps. I looked like a contestant in a fancy dress competition.

We went down the steps. We gave our names to each other. Mr. Moosakutty disclosed his, grudgingly, as if it was a secret, a password to his world.

‘It is behind the treasury offices,’ Mr. Moosakutty said.

I didn’t ask where the treasury offices were. When you are a native of the town, and act like a stranger, it adds to the general irritability of air. ‘It has not rained at all,’ I said. ‘June is over, and it is July. And yet no rains.’

Mr Moosakutty tapped the ground with his umbrella, like a water maker checking a soft, yielding spot in the earth. ‘It will rain, soon.’

It was very uncomfortable in the humid heat. Mr. Moosakutty looked cool, collected, all set for disillusions. ‘I have been walking around for a while,’ I said. ‘Looking for a bank that gives a good interest rate.’

‘They are all the same,’ Mr. Moosakutty said.

‘And I haven’t on me my wallet. Would you like to buy me a cup of tea?’

The ground floor of the building was made up of little shops. One of them served tea. The tea shop guy was tall and stringy and wore a mask and beat the tea high with his right hand going full stretch over his head and bringing it down to a large tin mug staring at us hard, without spilling a drop.

Mr. Moosakutty and I made our way to the shop.

‘Can we sit somewhere,’ Mr. Moosakutty asked the tea maker.  There was a large plastic box in front of the table on which the tea paraphernalia was arranged.‘You can’t talk here. We are in lockdown, and the cops are waiting for a chance to arrest me.’

‘How can we have tea without opening our mouth?’ I asked resentfully.

‘You can take your mask off and drink tea,’ Mr. Moosakutty said.

‘They are waiting to arrest anyone. Just anyone. Please have your tea fast and go. It’s not the old days where you have a glass of tea and talk for three or four hours.’

Mr. Moosakutty tapped the earth twice with his umbrella, I thought, in protest. He took a sip of the tea. ‘It’s sweet,’ Mr. Moosakutty said.

‘Did you say not to sweeten it?’ The tea man said. He pulled his mask down in defiance. Mr. Moosakutty tapped the earth.

‘I will change it. But you can’t talk here,’ the tea guy said, looking at a police jeep that had just stopped before us for a moment, before moving forward.

We had the tea.

‘What do you do, Mr. Moosakutty?’ I asked. The tea guy coughed in a warning.

‘I am a translator.’

‘The banks are cheating,’ Mr. Moosakutty said. ‘It is a strange world we have made that we must cheat each other all the time.’

‘I did not cheat you,’ the tea guy said. ‘I never cheat anybody. It is just that you can’t talk here just because you are having tea. The world has changed. You think the world is the same. But it is not.  Do you want another glass of tea?’

‘Can I have something to eat? I have been walking around the whole morning, looking for a bank which pays some interest?’

‘They are all the same,’ Mr. Moosakutty said.

‘ Here’s a vada for you,’ the tea guy said, picking a steaming vada from the frying pan with a pincer. ‘It would taste better if it rained.’

‘You are on your own,’ the tea guy said. ‘Retired or not, you are on your own. No one gives a fig. You guys had better go now, the translator and the fancy dress man. The cops could arrest all of us.’

‘How many books have you translated?’ I asked Mr. Moosakutty, wiping my hands on my knee caps. These were multi-purpose kneecaps.

‘Was the vada good?’ The tea guy said.

‘It would have tasted better if it rained.’

‘He is a big translator,’ The tea guy said.’ I told you that. You guys had better go though.’

‘He is the greatest and biggest translator in India. But he doesn’t drink tea here. Ask him what he has translated.’

‘What books have you translated?’

‘Oh, many,’ Mr. Moosakutty smiled for the first time with satisfaction.

‘He is a world-beater, just doing his tuff,’ the tea guy said.

‘I have translated Ulysses.’

‘You guys run along now.’

‘I have translated The Magic Mountain.’

‘What did I tell you?’ The tea guy said. ‘You had better go before the cops arrest you.’

‘Thank you for the tea. You translated Ulysses!’

The bank manager was looking at us from the first-floor verandah. He waved at us. We ignored him. The usurer.

Mr. Moosakutty tapped the earth with his umbrella. As on cue, it began to rain. At first, a whisper, like a rumour gathering currency. Then heavily, a torrent of headlines.

‘I am now translating Don Quixote.’

When we came down to a lane running off down the road, Moosakutty said softly, ‘You don’t have an umbrella.’

‘Bye,’ Moosakutty said, and made his way, his back to the world, toward his rooms, to Joyce and Mann and Cervantes.

I walked home. The narrow dark road ran with water. The paddy fields on either side were green and clean and they set off in waves in the direction of the slate-grey horizon when the wet wind picked up in gusts.

(CP Surendran’s novel, One Love, And The Many Lives Of Osip B, published by Niyogi Books, will hit the stands later this month)