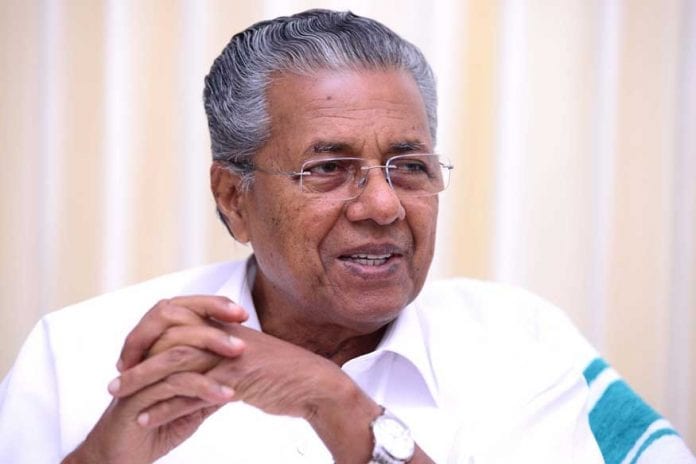 In Fargo, a groundbreaking series directed by the Coen Brothers, the protagonist, a mild-mannered and failing insurance agent, Lester Nygaard (a riveting, goofy performance by Martin Freedman), comes across the big beefy Sam Hess, the local mafia chief, and his old, high school bully.

The meeting happens decades after they have left the classrooms in the fictional town of Bemidji. Hess boasts to his admiring teenage sons that he used to pack Lester in a drum and roll him up and down the icy streets. The bully and the bullied pick up from where they left off in school. Because, you see, no matter how long you have been dancing, you never quite really step out of your teen years.

That Fargo story has been playing its tropical version in Kerala as of last week. To watch the rest of India — the Modi circus, the acquittal of the JNU students in jail for over a year for anti-national activities, the second COVID wave flattening, or the Lakshadweep shenanigans — from Kerala, where I am currently vacationing, is not very different from noticing rich wreckages floating past at a distance from a reasonably safe atoll.

The week ended with the new Congress leader in the state, K Sudhakaran, taking on the CPM strongman and chief minister, Pinarayi Vijayan. Now, Vijayan, though a competent administrator, is the nearest a revolutionary Kerala has come to royalty. His sway over his party and the state machinery is near-Stalinist. Over the years, Vijayan has carefully built an image for himself as a tough man, a leader risen from the ranks, well versed in (but holding back from) street thuggery, which is an indispensable organisational principle of the mainstream political parties in the state.

Vijayan, like many Keralites, likes to see himself as a hero, a character out of a movie. It is a macho thing. He often drops dark hints of his violent past, just so you don’t get ideas. An oft-quoted anecdote relates to how he once walked with unfaltering steps through an archway of murderous knives and swords. That could be a scene in a Mohan Lal or Mammooty movie. (And it nearly was: this writer was once approached for a script on a Vijayan saga with this act of bravura as a central scene, to be repeated in slow motion toward the end of the movie; and Mohan Lal was supposed to star in it.)

Well, then, it turns out, Vijayan’s greatest and greenest memories continue to be the frenzied days of student politics in Brennen college in Thalassery, in North Kerala, near Kannur, where political murders, over the years, have happened in their hundreds, and in the broadest daylight, at noon.

The chronicles of deaths foretold in Kannur will need the narrative powers of a  Gabriel Garcia Marquez to do justice. The kindred ghosts of Nasar Santiago (the hero of the novel, the subject of an inexorable honour killing, shut out from the shelter of his home mistakenly by his own mother) have been spotted shuffling along at all time of day and night in the salt-laden and sea-green lagoon air of Thalassery and Kannur.

Vijayan’s heroic days in Brennen college are now challenged. Not such a great hero, baits K Sudhakaran, the new KPCC chief. In an interview given to a magazine last week, Sudhakaran said he had kicked Vijayan down the stairs of the college in a confrontation. Vijayan, ever conscious of his image, says Sudhakaran is dreaming. He also said that at one point, later, Sudhakaran was planning to kidnap his kids, then young. Nevertheless, Sudhakatan has been trending since.

The Congress party in the state, led until recently by genteel people like Oommen Chandy and Ramesh Chennithala, would stand to benefit from the outspoken and rather violent energies of a leader like Sudhakaran. For once, the Gandhis (Rahul and Sonia) seem to have done the right thing in deciding on Sudhakaran as the state leader.

And in this respect, infusing fresh wind in the party’s sails, Sudhakaran, too, perhaps is doing the right thing for the Congress, which lost rather spectacularly in the recent assembly elections. But, in the general scheme of Kerala psychology, for all the progressive attitudinising, no one, it appears, is really happy to grow up if there is a chance to regress—to adolescence.

Keralites like to think of themselves as having arrived in relation to the rest of India, culturally and politically. The frequent thumping of the chest on social media regarding many issues and attitudes is an expression of almost a racist superiority. But deep down in each man and woman, there lurk the shadows of Lester Nygaard and Sam Hess, of adolescent traumas unresolved, carrying in their body and brain the scars of slights given and received.

Vijayan has taken time off to refute Sudhakaran’s version of the showdown. He described in detail how he [Vijayan] tackled the newly arrived rabble-rouser— Sudhakaran arrived at the college, two years junior to Vijayan, who seemed to have just passed out – in Brennen: ‘I brought my hands hard together next to his face. I called him names.’ He said no one kicked him, no one laid a hand on him, as Sudhakaran claimed, reinforcing the image that he, Vijayan, is inviolate.

But Sudhakaran, who is nothing if not a street-fighter, knows better: scratch a leader’s ego, and out comes the usual silly man, bruised and hurt. Just like all of us:  the little Nygaard in us Lesters. Sudhakaran is taking down the man, the image of Vijayan, pointing out to his followers that their leader is after all a mortal, a little boy he once rolled in a drum along the mean streets that he now has come to own again.

(CP Surendran’s novel, One Love, And the Many Lives Of Osip B is scheduled to hit the stands in July)