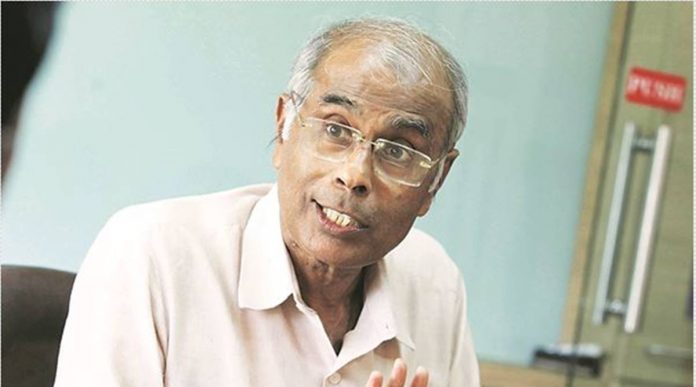 Authoritarian states are enemies of rational thinking. In 399 BC, Socrates went on trial. The court was asked to determine the philosopher’s guilt on two charges: One was asebeia (impiety, a criminal charge in ancient Greece for the “desecration and mockery of divine objects”, for “irreverence towards the state gods” and disrespect towards parents and dead ancestors) against the pantheon of Athens. The other was corruption of the youth of the city-state. The jurors alleged that Socrates was “failing to acknowledge the gods that the city acknowledges” and “introducing new deities”. The philosopher’s friends, followers and students encouraged him to flee Athens. On principle, Socrates refused to flout the law and escape his legal responsibility to Athens. Therefore, faithful to his teaching of civic obedience to the law, the 70-year-old Socrates executed his death sentence and drank hemlock.

Socrates was an enigmatic figure who did not author any texts, but is known mainly through the accounts of classical writers, including his students Plato and Xenophon. Plato’s dialogues contain among the most comprehensive accounts of Socrates. Today the philosopher is renowned for his contributions to the fields of rationalism, ethics and epistemology. This Platonic Socrates lends his name to the concept of the Socratic method and also to Socratic irony.

Also read: Where is the accountability for denial of oxygen?

Socrates used to say that the only thing he was aware of was his ignorance, seeking to imply that the realisation of our ignorance is the first step in philosophising.

To this day rationalist thinkers continue to face persecution – even death.

Narendra Dabholkar was the founder of the Maharashtra Andhashraddha Nirmoolan Samiti, or Maharashtra Blind faith Eradication Committee. He dedicated his life to reason and scientific thinking, and worked tirelessly to inculcate scientific temper and the ideas of rationalism. Dabholkar’s understanding of scientific temper was insightful: “As much belief as there is evidence for.” Dabholkar was assassinated on August 20, 2013. The state is yet to find the culprits. The All India Peoples Science Network, a network of more than 40 Peoples Science Movements, has declared August 20 as National Scientific Temper Day. We need many ‘peoples’ science movements’, similar to the Kerala Sasthra Sahithya Parishad, established in 1962.

Question: The Source of Knowledge

‘Question’ is the teacher, because it kicks up thought and instigates research. A student who asks questions is the ‘teacher of the teacher’. My students are my teachers. Their questions lead me to study and research. If a citizen does not raise questions, it can lead to erosion of democracy.

Also read: Section 66A of the IT Act is dead; punish the police who still use it

People asking for clarification and advise facilitate consolidation and dissemination of knowledge. My experience shows that questions to newspaper columnists are equally important. A girl asks whether her father has any legal authority to physically assault her mother. Someone else asks wherefrom police get authority, if at all, to violently attack suspects. We need not believe whatever is stated by people in authority. We need to verify first.

There is a set of duties that is ‘fundamental’. Article 51A of the Constitution is not often discussed in the public domain. It specifies 11 duties, added by Indira Gandhi during Emergency by the 42nd Amendment, 1976. Citizens have to abide by the Constitution, uphold the sovereignty, unity and integrity of India, and render national service if called upon to do so. There is one duty that is unique to India under Article 51A (h); it encourages the citizen to “develop the scientific temper, humanism and the spirit of inquiry and reform”.

This is further strengthened by Clause (J) of Article 51A, which also casts a duty upon every citizen “to strive towards excellence in all spheres of individual and collective activity so that the nation constantly rises to higher levels of endeavour and achievement”.

In 2018 an MP proposed to add another duty – to participate in mass movement for cleanliness and propagate the message of clean India through his words and deeds”.

Unlike the Fundamental Rights under Part III of our Constitution, Fundamental Duties are not enforceable through writs. They remain advisories or sermons. But they are meant to be a guiding light for the growth of the nation at both the individualistic and collective level.

Also read: What we have lost with the death of Stan Swamy

Indian constitutional courts have time and again stressed the importance of these duties in order to bring about excellence, surpassing merit, virtue, honest performance, dignity and eminence.

In Minerva Mills vs Union Of India (1980), the Supreme Court recognised the significance of Fundamental Duties, despite being non-justiciable, and held such duties are rules of law as they prescribe a norm of conduct to be followed. It further said only by reason of its non-enforceability, such duties and obligations do not cease to be rule of law.

The Karnataka High Court has stated that every citizen of India is fundamentally obligated to develop scientific temper, humanism and spirit of enquiry. It is the duty of every citizen to contribute to reformation of society for a better way of life.

As BR Ambedkar says in his work Buddha or Karl Marx: “Nothing is infallible. Nothing is binding forever. Everything is subject to inquiry and examination.”

(The writer is Dean, School of Law, Mahindra University, and a former central information commissioner)