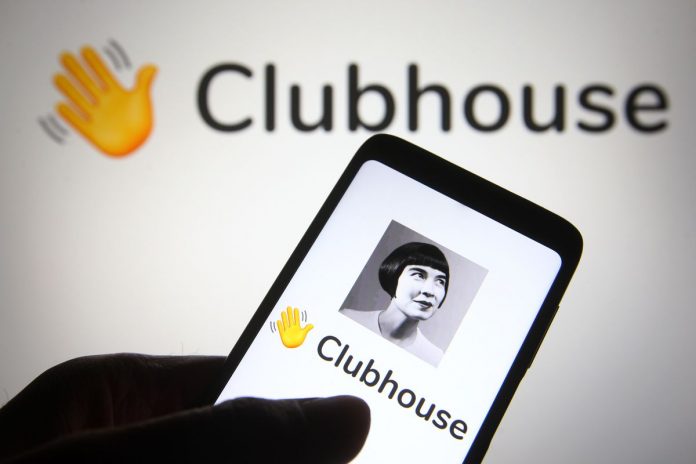 In Clubhouse, the metaphoric republic of Plato, of endless Dialogue, you just raise your hand and you talk

The Third Sex must be Clubhouse, where all genders dissolve into just one: the talker, a transgender phenomenon.

Simone de Beauvoir’s Second Sex, the fattest book (815 pages, Vintage edition) I have tried all my life to read to the end in vain, is built on the theme of suppression of the feminine gender by the opposite sex, though the great Beauvoir herself derived much advantage from her partner, Jean-Paul Sartre, the Patriarch of Paris, with whom she had an open relationship all her life, even through her one marriage and several bisexual affairs.

Most of India is under a war-like situation put in place to fight COVID. Perhaps in another three months, the situation would change, but not before our protracted quarantine period has mutated our behavioural genes. The enforced isolation seems to have contributed to the raging popularity of the Clubhouse, where genders of all kinds debate issues unto their death: a kind of bedridden Beauvoir on a drip of Johnny Walker and a powerful mic: keep talking.

But in Clubhouse, you talk—to a stage of forgetfulness. And talk. And talk. In Kerala, where I have been spending the last few days, it is not just a rage. It is an addiction. Though the number of the jobless Gulf returnees is growing in lakhs, and government and private offices have shut down, and many are out of work, and even more without a regular income, the Clubhouse sessions are jammed from 7 am to midnight.  There are very late-night sessions, too. You register and choose your topic. And talk. And talk. And talk.

Could this be a way of collective suicide by other means? A diversion from other, perhaps more painful diversions such as anxiety and material worries? Amartya Sen in his Argumentative Indian talks about the debating traditions of India which, he says contributed to its secular and democratic culture. But it might be fair to conclude that that tradition has grown into a method of facilitating societal collapse: logorrhea.

In Clubhouse, the metaphoric republic of Plato, of endless Dialogue, you just raise your hand and you talk. Except that most of the time everybody has his hand raised as well. If the discussion does not go your way, you leave. Or mute the other guy. Or you cut the video. You enter again. You exit again, looking, hoping for other discussion rooms, something, anything, so long as you can talk. One must talk!

One could also be genuinely trying to understand; perhaps not the truth, but one’s ever more compulsive need to be proven right. Why can’t you stop? Ah. If you stopped, you would be lonely. And irrelevant. And you know instinctively, too, the discussions would continue without you.  You would be out of it all. Imagine a world without you. Impossible!

Nevertheless, as you talk, things are collapsing. It is not just COVID; though that is a whole war by itself. But real institutional collapse; the government’s increasing inclination toward unidirectional dispensation of power; or the disintegration of the family itself as individualism rises (which is what the debates really mean), one tends to speak more; one argues and argues.

Talking unstoppably is often a sign of great mental distress. But when the technology of social media platforms like Clubhouse, empower and amplify that condition, it behaves like a virus, and it carries in it the germ of logorrhea. A society, if not an empire, could die of it, if only because as we talk and the talking becomes an end itself, in the non-virtual world outside things are being irrevocably altered.

The unnecessary and extravagant deconstruction and development of the Central Vista whose work continues as we talk is a glaring illustration of how social media interactions have turned out to replace the real thing, which in this case would have been pickets and protests and preventive action on the ground by the Opposition parties against the defacing work, as mentioned earlier in these columns.

One can hardly say it is because of COVID that no one is even thinking of coming out on the streets against the organised defacing of New Delhi. Nothing prevents a group of leaders or activists from going on an indefinite fast wherever they are and live-casting it, and mobilising people. In any case, when did a revolution stop because people had to wear masks?

One good reason why it is not happening is that talking among ourselves has become an end in itself. Seen in this light, the Modi government’s move to turn the existing parliament into a museum makes sense; the institution, as it stands, has little more than curio value.

Platforms like the Clubhouse now are the new virtual parliament. Free speech is flourishing where it least counts. You can debate anything you want. And virtually forever. But the trouble is that it is talk without action, though of course there are exceptions. In general, the Republic of Logorrhea has no executive powers. The best they can do is to call out people whom they think are aberrant and punish them culturally, say, by cancellation or ruining a reputation.

It is a cultural thing, an elite construct, put in place by the class who’s most vital and overactive organ is the tongue. Our tongue has run away with us, carried us from civilisations thought out by brains and built by hands, into empty air. This is a point of departure in the gentrification process of the argumentative Indian, the terminus of his evolution as an actual participant in a real democracy.

The government, the executive, legislature, or the judiciary can’t care less. They are the real world. What social media has actually done is to effect further separation between the State and its people, sharpening and deepening the divide. It has offered a misleading resolution to real problems. A false scent. Big game prowls deep in the woods. And there the grass is red with blood.

(CP Surendran’s novel ‘One Love, And The Many Lives of Osip B’ is scheduled for release end of June)