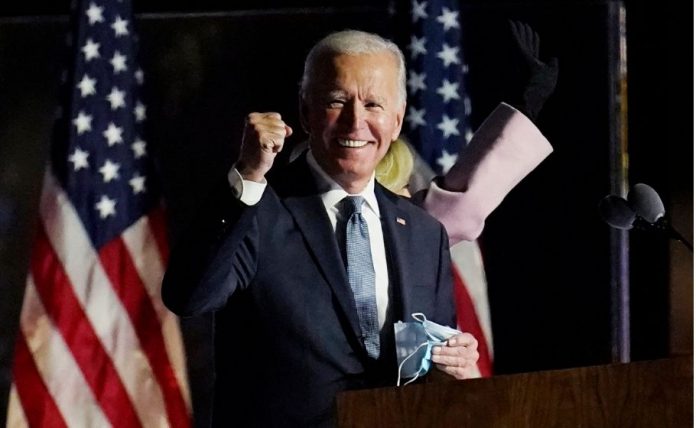 'The fight is far from over,' Joe Biden said after the setback | File Photo: PTI

The odds were stacked against the White House and yet the Democratic leadership in the US Senate persisted with a procedural vote to force a debate on voting rights legislation, only to be convincingly defeated by defiant Republicans where not a single one of them would budge from a filibuster. The end result: the vote failed 50 to 50, ten short of what was required to start a debate on an issue that is of critical importance to America — voting rights at the federal level to undo the damage done by Republican majorities in states in the name of providing a fair playing field in the electoral process. The House of Representatives had passed a similar legislation this March.

The state-level initiatives started in the aftermath of the 2020 presidential election as the former President, Donald Trump, persisted in pushing his outlandish and outrageous “fraud” theories and insisting that he had won the poll. The raft of measures that were sewed up by state legislatures and signed into law by Republican governors saw a concerted chipping away of all the gains that had been done since the Civil Rights Act of 1965, especially as it pertained to African Americans and minorities, traditionally seen as voting for the Democratic Party.

Not only did Republican states try to have their way on voting timings but also on mail-in and postal ballots as well as whether water could be provided to those standing in long lines. When the first of these restrictions surfaced on the pretext that it was a state’s business to conduct elections, Biden promptly termed them as a disgusting attempt to turn back pages of history and an attempt to go back to “Jim Crow Laws” that had been in America and signed off with brute force at the state and local levels including lynching. The highly discriminatory laws that were the norm between the 1880s to the 1960s were meant to sustain racial segregation, which forced whites and blacks to different facilities for schooling, restrooms, transportation or for that matter even drinking water fountains.

Segregationist states insisted on educational qualifications in a blatant effort to deny Blacks the vote whereas uneducated Whites were exempted by the grandfather clause — if the grandfather had the vote, the whites were eligible. Historians and academics have traced the origins of Jim Crow to a song and dance routine called “Jump Jim Crow” by a white comedian named Thomas Rice in 1828, who supposedly saw and was inspired by a physically challenged Black man, Jim Cuff, singing and dancing on a levee in Cincinnati, Ohio. In the course of time Rice took to performing a minstrel show wearing black paint on his face that apparently came to be known as “blackface”.

The ‘For the People Act’ which passed the House of Representatives but failed in the Senate was actually an attempt by Democrats to pass legislation that would touch upon every aspect of the electoral process — from how elections are conducted to doing away with hurdles to the vote, curbing influence of money and in how congressional re-districting can be done. But the Grand Old Party will have none of this, insisting that Democrats are on a power grab and using the federal route to what needs to be done at the state level. If the Senate Minority Leader Mitch McConnell called the legislation a “solution looking for a problem”, Senator Ted Cruz of Texas brushed it aside as a “partisan legislation written by elected Democrats, designed to keep elected Democrats in power”.

The Biden White House termed the legislation the “fight of his presidency” but there are no clear indications as to how this is going to come about in the absence of any change to the rules of the Senate, which again is a contentious issue. The problem for Biden is not just the Republicans; it is his own Democrats in the upper chamber who have different views. For instance not all of them are united in their opposition to the filibuster, a legislative technique and manoeuvre that has also been used by Democrats when they had been in the minority.

“The fight is far from over,” Biden said after the setback. But this is something that the White House and Democrats knew from the very beginning. Vice President Kamala Harris was on hand in the Senate presiding over the vote, but there was hardly anything to indicate that a small group of moderate Republicans was going to break away and join their Democratic colleagues and pushing the drama into a tie breaker. Biden praised Democrats for standing together “against the ongoing assault of voter suppression that represents a Jim Crow era in the 21st century” and for having taken the “next step forward in this continuous struggle”.

Also read: Talking is not only good for the US and Russia, but also for the world

The Brennan Center for Justice makes the point quite pointedly. “More restrictions on the vote are likely to become law, as roughly one-third of legislatures are still in session. Indeed, at least 61 bills with restrictive provisions are moving through 18 state legislatures. More specifically, 31 have passed at least one chamber, while another 30 have had some sort of committee action (e.g., a hearing, an amendment, or a committee vote). Overall, lawmakers have introduced at least 389 restrictive bills in 48 states in the 2021 legislative sessions.”

Democrats and the White House are most likely to persist with a strategy of repeatedly bringing up the legislation in any and every possible form and force a vote in the Senate, if only to put the Republicans in the spot of having to vote in the negative and in the process paint them as being retrograde as far as voting and civil rights are concerned. The flip side to this is the risk of further polarising a population that is already deeply divided in the aftermath of the last presidential election. But the dangers of not putting an end to the restrictions in the name of “free and fair” polling is for all to see.