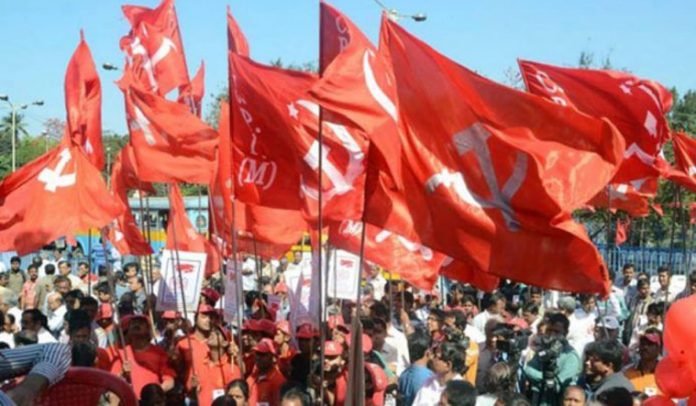 The public performance of a gesture loaded with political and emotional meaning, soaked in history, is open to attack and is consequently a risky move. The decision of the West Bengal unit of the Communist Party of India-Marxist (CPI-M) to hoist the national flag at all its offices across the state, for the first time ever, duly approved and endorsed by the all-powerful decision making central committee, is perplexing.

If it is not an overdue correction, which the CPI-M state leadership denies it is, then what is it? What does it mean for the millions who shall, no doubt, watch it on television or smart phone screens, some of whom may also participate in the ritual of celebrating the anniversary of the birth of independent India? The ritual significance of hoisting the Tricolour could be interpreted as an admission of a mistake. It could be viewed as a gesture of apology and amendment.

That the flag will be hoisted as a pledge to fight for ‘the idea of India’ is a decision that reveals the enormity of the crisis within the party.

It is singularly bad timing for the CPI-M in West Bengal to wake up in August 2021 to the reality of the profound political crisis about the ‘idea of India’ that aggressive Hindu nationalism promoted by the Bharatiya Janata Party and its ideological node, the Rashtriya Swayamsevak Sangh, constitutes. The self-imposed task of carrying out a year-long “comprehensive and intensive campaign to deliberate on the real issues related to India’s freedom struggle, because, this is the first time in the past 75 years, we are feeling that the ‘Idea of India’ is under threat”, that will focus on the communist movement’s participation in, and contribution to, the freedom struggle underscores the chasm between the party and how it is perceived by a forgetful people, who were till 2011 enamoured of the CPI-M and voted to keep it in power for 34 years.

Also read: Challenge of anchoring a coalition in a multi-party federal polity

In the context of the decimation of the CPI-M in the 2021 assembly election, when the party’s campaign focused on equating the Trinamool Congress with the BJP, insisting that the combined ‘Bijemool’ was its principal adversary, the realisation, in August, that the idea of India is under threat and needs to be defended by the ritual of hoisting the Tricolour reveals a lousy political sense of a failing leadership. Not realising before May, when the election results were declared, that the idea of India was threatened was all too evident in the verdict delivered by voters; CPI-M failed to win even one seat and its vote percentage plummeted to less than 5.

The credibility deficit of the CPI-M does not need any additional shocks to undermine it further. The decision and the ritual are an invitation to Bengal’s influential intelligentsia to excavate the gross error the undivided Communist Party made in 1948 when it declared that August 15 was not a moment that it wished to celebrate, because it was a false freedom – yeh azadi jhuta hai. It was also the moment when the fissures deepened between different interpreters of the political situation and its ideologically determined course of action leading in 1964 to the split between the Communist Party of India and the CPI-M.

The political crisis of the West Bengal unit is also the crisis of the CPI-M. Isolating the part from the whole, blaming the leadership of the part to contain the damage to the rest of the party and the movement, exposes the divisions within the CPI-M. The decline of the party in West Bengal in terms of its quality of leadership, management of the organisation, ability to respond to the concrete political conditions in the state and understanding the larger national context within which the dynamics in the state plays out was visible to many. If corrections needed to be made, they should have happened long before election season 2021 started.

Demoralisation in the CPI-M has perhaps touched its lowest point ever. As has the confusion over the signals that the party is sending out, one of which is the hoisting of the Tricolour. Party veterans believe that there is no cure for the disease within except to rebuild, because the party has been almost totally destroyed by ill-conceived plans designed to benefit self-serving leaders. Deeply pessimistic, party veterans and even younger leaders know that the rebuilding will take years of hard and thankless labour.

Should not this understanding of the degree of alienation of the party from the masses, the bureaucratisation that gnawed away the roots that bound the party to the ground realities, have surfaced earlier? If it was seen to be lacking, should there have been more effort from the central leadership to compel the sort of brutal introspection and house cleaning that would have addressed the rot within?

West Bengal was once the jewel in the crown of the CPI-M. The flaws that emerged were visible, to voters and the public in general. For the party leadership not reading the reality was an act of deliberate blindness. Not understanding that the organisation was operating on inertia, because leaders had turned bureaucrats, ordering people about but never getting dirty, was a failure of the collective leadership of the CPI-M.

By sanctioning the flag hoisting the collective leadership, that is, the central committee and highest decision making body of the CPI-M, is buying into a ritual performance that can be politically counterproductive. Performance adapted to grab visual attention, which is what the flag hoisting is, will work in the first year. For the rest of the year, till the next Independence Day comes around in 2022, can the CPI-M in West Bengal muster the energy to carry out its programme of sharing the history of the party in the freedom struggle in a way that revives the connection with the masses?

The CPI-M seems to have restricted its revival plans to finding short cuts that boost its image or the image of some. The political capital that it worked to build over decades has been almost entirely eroded and it is operating with borrowed political capital in an ineffective co-dependency relationship with the Congress. If due diligence were to be done on the party’s current plans for revival, any reasonable evaluator would reject it as ineffective against the drift that seems to have overtaken the CPI-M.