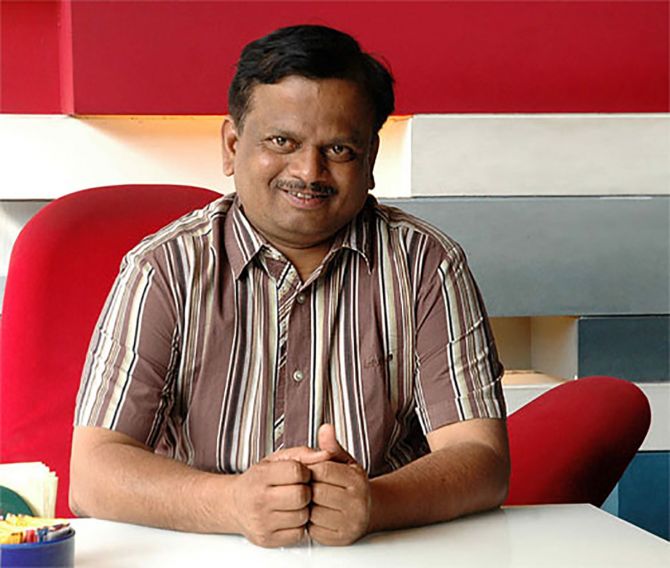 The late KV Anand made his debut in films as a cinematographer in Priyadarshan's Thenmavin Kombath, which fetched him a National Award. The film went on to become a cult classic in Malayalam and was later remade as Muthu in Tamil, starring Rajinikanth.

The sudden death of ace photo-journalist-turned-cameraman, KV Anand, who went on to become an acclaimed filmmaker, due to a cardiac arrest at just 54 years, has come as another blow to the Tamil film industry. He is believed to have taken his first vaccination dose 20 days ago, however, he was tested positive for COVID-19 at the time of his death.

Chennai-born Karimanal Venkatesan Anand had completed his masters in visual communication in the 1980s from Loyola College, which was the only institution in India to offer the programme at that time. During his college days, he had participated in many trekking expeditions, helping him discover his passion in photography. His photographs had earned him a slew of awards.

After completing his graduation, he worked as a freelance photo-journalist for many magazines like Ananda Vikatan, Kalki, Aside and India Today. During this time, he had closely worked and photographed ten Chief Ministers of various states.

“It was he who first photographed Dr Ramadoss before he became a politician. Ramadoss was then providing low-cost quality medical treatment to the people in Tindivanam, Villuppuram then. It was the first-ever media article about him and it was published in Kalki magazine. Besides photography, Anand was interested in agriculture and was a connoisseur of sea food,” said Pon Kasirajan, a photographer and a former Vikatan colleague of the late Anand.

After working as a photo-journalist for four years, he joined as a sixth assistant to acclaimed cinematographer PC Sreeram and assisted him in notable films like Amaran, Meera, Thevar Magan and Thiruda Thiruda. In 1994, noted filmmaker Priyadarshan had approached Sreeram to be his cinematographer for his film Thenmavin Kombath. But, Sreeram already had many other projects on his plate and recommended Anand.

Anand’s debut in films as a cameraman with Thenmavin Kombath, fetched him a National Award. The film went on to become a cult classic in Malayalam and was later remade as Muthu in Tamil starring Rajinikanth.

“It was a photo-shoot in the Madras Talkies office that helped me to transform as ‘Saravanan (his maiden name) to Suriya. After two hours of the shoot, it was your Russian angle style photo of me that gave confidence to film director Vasanth and producer Mani Ratnam to rope me in as a lead actor,” said the actor in a condolence statement.

Interestingly, Anand and Suriya’s friendship brought them to work together in three films. It is the most number of films Anand had done with any actor.

In 2005, his directorial debut, a Tamil film Kana Kandean hit the theatre screens. Loosely claimed as a science fiction, this film got positive reviews and did well at the box office. Except for his last film Kaappan (2019), he always used to team up with Suresh-Bala, a writer duo who are popularly identified as ‘Subha’ (which comes from joining the first Tamil letters of their names). This was at a time when Tamil cinema was reluctant to use professional writers.

Anand was a pioneer in acknowledging the importance of a writer’s skill in films. While, the duo, wrote dialogues for Anand’s first film, they continued to contribute to the script and screenplays of his other films as well. For Kaappan, Anand roped in another writer Pattukkottai Prabhakar.

His other directorial ventures such as Ayan (2009), Ko (2011), Maatraan (2012), Anegan (2015), Kavan (2017) and Kaappan became box office hits. However, some picked up negative reviews. It is possible that Anand’s transformation into a full-fledged director could have boosted the confidence of other cinematographers to try their skills in other divisions of the film industry. For example , we have had Natty aka Natraj Subramani, who moved into acting, Ravi Varman went into direction with Moscowin Kavery and Ravi K Chandran with Yaan.

In the film Ko (Tamil for King), Anand had trained his lens on the life of a photo-journalist, of course with some exaggeration. He showed how high-profile press meets are conducted with alcohol being served to mediapersons, the risks they face while covering political functions, their innate thirst for capturing good moments on the streets and the brickbats they receive from their co-workers. Possibly, it was the second film in Tamil to portray the life of a lensman after Mudhalvan. In Mudhalvan, the hero however is shown as a cameraman in just a few scenes.

Interestingly, in the title cards of the film Ko, he used popular photos by various photo-journalists that were later to become historic moments.

Reminisces T Vijay, a photographer with the Vikatan group of magazines, “I had sent four photographs at the last minute when the title cards were getting ready. He had not contacted me directly. I came to know that he is using photographs of photo-journalists through some other sources. He used three of my photos and called me later and appreciated them. Vijay just selected the photos based on the respect they commanded.”

While the film Ko brought out the daily, humdrum life in a print media, the film Kavan brought out what it was like to work in a television channel.

According to journalist Kavin Malar, Anand had a skill which other filmmakers had no guts to embrace. “That is self-deprecation. In his film Ko, there is a reference to his earlier film Ayan, where a reporter says, ‘The hero is basically a smuggler and becomes a police officer in the climax. For this we need to give five stars?’ In his next film Maatraan too he makes fun of Ko. Only those who have a sportive attitude towards criticisms and sarcasms are able to have this self-deprecation quality and Anand was one among them,” observed Malar.

Educationalist SKP Karuna said when they organised literary festivals in Tiruvannamalai through Tamil Nadu Progressive Writers and Artists Association, a cultural arm of CPM, they used to invite film celebrities through postcards and only few would respond. Anand was one among them. “He was a down-to-earth person. And he had accepted that postcard invite at a time when he had won a national award”, tweeted Karuna.

One is identified, marked if they discuss caste in films: Director M...