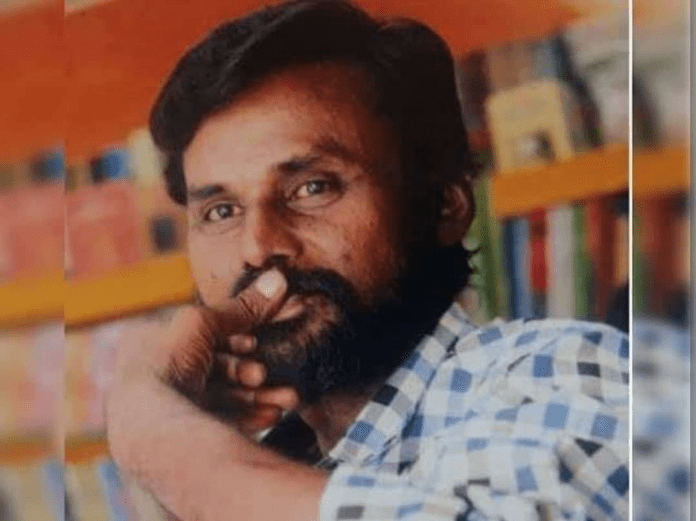 Francis Kiruba's life and words were authentic, maybe because he did not attend any university

The renowned writer and Tamil poet J Francis Kiruba, who passed away after a prolonged illness recently, had a way with words. His authentic voice, his writing that evoked stunning imageries were much-loved and appreciated by his large fan following.

Kiruba was a down-to-earth man, who never chased fame, wealth, awards or posts in life. He did not sell out to commerce though his life was marked by struggles. This ‘homeless’ poet who perhaps considered this universe his home, was a prolific writer and continued to churn out memorable works.

Maybe, he was able to retain the authenticity in his voice because he never attended any university. This is not to romanticise his life but one is forced to assume that his life poised on the brink of madness, more or less fuelled his poetry.

But the real story is that his humane nature happened to be his undoing in a society that looks down upon qualities like love and empathy.

In interviews, he has acknowledged that he used to drink adding that he never felt obliged to apologise for the life he has led.

Writer, journalist, and theatre person Kavin Malar recalls that he used to call her “Thayee.” Though the English equivalent of the word is ‘Mother’, the Tamil word infinitely carries more weight since it encapsulates a charm and fondness which the word ‘Mother’ lacks.

“I met him for the first time, if I recall correctly, in early 2000. The members of the Pudhuvai Boopalam Kalaikuzhu took me to meet him. At the time, he was in a packed room where world cinema was being aired and I had chatted with him,” Kavin Malar told The Federal.

Later, Malar was among the writers and friends, including author Yuma Vasuki, who had rushed to the police station after receiving information that Kiruba was picked up by the police from the Koyambedu bus stand on the suspicion that he was trying to harm a person.

Instead, Kiruba was acutally trying to help a person who was suffering from epilepsy. But the police mistook his actions. The friends reached the police station and tried to reason with the police and they eventually released the poet after they went through the CCTV footage. It was then they were convinced that Francis Kiruba was trying to help the ailing person.

“During that time, he was acting in a movie and he had grown his beard and hair long. The police, who were used to judging a person from his appearance, got suspicious about him and took him to the station,” recounted Malar.

Kiruba was born in Pathniparai village in Nanguneri taluk of Tirunelveli district. According to interviews he had given to news channels, he said that he had to walk a little over one kilometre to reach his hamlet from the Moondradaippu bus stop. Kiruba was the youngest of seven children and could study only up to class VIII. This perhaps haunted him throughout his life.

He went to Mumbai in search of a job and worked in a tea shop during the day time and learnt “lathe works” during the night.

Later, Kiruba set up his own workshop. It was in Mumbai that he started reading poems and stories published in the Sunday magazine of a couple of newspapers and started writing some of his own. He knew the famous poet Vikramadithyan and talked highly of the poet Devadevan. Kiruba had even made a documentary on Devadevan. He considered all the writers as his friends and even narrated an anecdote when he went to meet Kalapriya thinking it was a woman.

Kiruba’s life in Mumbai ended when communal riots broke out soon after the Babri Masjid demolition. After his workshop was ransacked, he left Mumbai for Chennai. His requirements were minimal, in an interview he has confessed that he hardly eats three idlis. Sometimes, he did not even have money to buy that food.

“It’s the love of strangers and friends that fill the void that exists within me. It’s friends who take care of me,” Kiruba had said.

Kiruba was alone in the room lent to him by a friend when he died. His friends found him lying unconscious in the room. They quickly called an ambulance but by then it was too late.

Kiruba dreamt of writing a novel about his Mumbai life but that project remained unfulfilled. Earlier, his book ‘Kanni’ (Virgin) had won the 2007 Anand Vikatan Best Novel Award.

He leaves behind several anthologies of poetry. He is famously known for writing the screenplay and dialogue for the biopic of ‘Kamaraj’. Kiruba also penned songs for several Tamil films and has won several accolades.

Kiruba’s writings stood out among new-age Tamil poets for being an authentic voice. Although he has passed away, he lives on through his creative literary works.