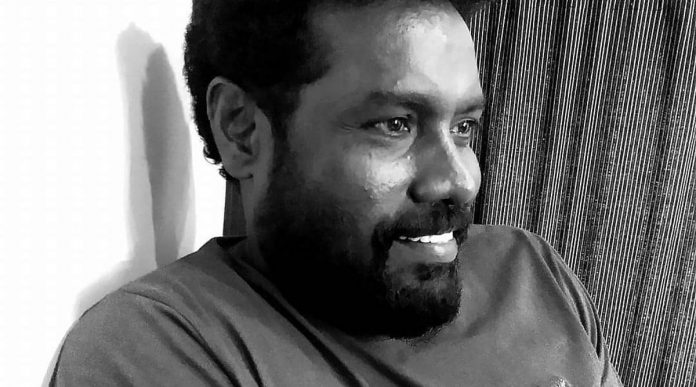 Actor Maran sang the kabbadi theme song for Ghilli, which was later used in a remix version in Vijay's 2021 film, Master. Maran was an accomplished gaana singer

The Tamil film industry, which has been grieving over the sudden demise of the classy comedian Vivekh, acclaimed director K.V. Anand, veteran actor Pandu, has now lost 48-year-old Maran, another actor known for playing several supporting roles, to COVID-19. However, Maran had also carved a space for himself in Tamil cinema because he had a flair for singing gaana songs and for not just being the hero’s loyal friend.

Maran, who had shot to the limelight after playing Vijay’s friend Aadhivaasi in the 2004 sports drama Ghilli, went on to act in many films Dishyum, Vettikaaran, Thalainagaram and Boss Engira Bhaskaran and even Kannada blockbuster, KGF-Chapter 1. His role in Pa Ranjith’s upcoming movie, a sports drama titled ‘Sarpatta Parambarai’ starring Arya and Kalaiarasan, would have been his biggest one in Tamil films.

As a tribute to Maran, a special poster was released by the producers showing him togged up in a flashy outfit and dark glasses ostensibly essaying a character known as ‘Maanja Kannan’ in the film. Pa Ranjith too tweeted with feeling: “Unbearable sorrow… Maran anna who always showers unbridled love. Your daughter is crying that she did not even see your face!! I have no words to pacify !! Be safe, guys!!”

Actor Arya too tweeted that he will miss him and he could not believe that he had passed away. “Heartfelt condolences to Maran anna’s family and friends. Can’t believe this, will miss you Ana. RIP” 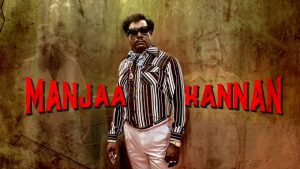 Director Dharani, who had discovered him and gave him his first break in Ghilli told Federal that it was a shock to hear about his death. “It was a blow, COVID is taking so many of us. Maran worked hard and wanted to succeed. And, he had special talents which fetched him roles,” said Dharani. He recalled that Maran was brought to him by Babu Sivan, director of Vettaikaran, when he wanted to cast actors as Vijay’s friends.

“All the actors we were considering had long hair, so we made actor Dhamu wear plaits like Asterix, and for Maran, we made him sing gaana songs since he was good at that. We used his songs in Ghilli, and he was the one who sang the kabbadi theme song for the film that was later used in Lokesh Kanagaraj’s action thriller, Master. They bought the rights of the song from us. When the song was played in the theatres with Vijay playing kabbadi after a gap of nearly 16 years, the crowds in the theatres just went crazy,” said Dharani.

“I liked Maran a lot, he would drop in sometimes and tell me which films he was working on. He struck a good deal with Vadivelu and did Sundar C’s debut film Thalainagaram with him,” he added, Maran had played the role of a comedic henchman in the film, while Vadivelu was Naai Sekar.

Maran hailed from Naththam in Chengalpet district. He got COVID and was admitted to a government hospital near his home. Though he had received treatment, the actor succumbed to the disease on May 12.

The Tamil film industry bid adieu to veteran actor and comedian Pandu on May 6, when he died of COVID-19 at a private hospital in Chennai. Pandu was a familiar face known for playing comedy roles in Tamil films. The death of KV Anand, the 54-year-old director, who had made his mark in Tamil cinema with his racy thrillers, Ko, Kaapan, Ayan  on April 30, came as a huge shock to the film industry. He had suffered a major cardiac arrest after testing positive for COVID.

Actor Surya, who had worked with him in four films released an emotional statement after his death to thank the director who had boosted his acting career with Ayan. He also wrote: “KV Anand sir, your death reminds us in a hard way that we are in the pandemic. The truth that you are longer here around me, gives shock and pain to my heart. The unacceptable death of yours also kindles so many memories”. And, went on to narrate those special memories of the photo-journalist and cinematographer turned director.

Director Thamira who directed two films, Rettaisuzhi (2010) and Aan Devathai (2018), died of COVID on April 26. The death of comedian Vivekh has left a void the industry badly hit by the pandemic is still yet to come to terms with.