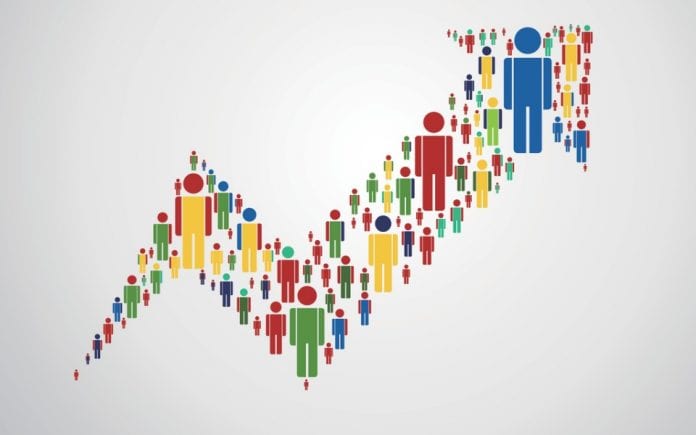 The Bill shall come into force after one year from the date of publication in the gazette, said the draft law. Representational Visual

As a part of the proposed law on controlling the population growth in Uttar Pradesh, the state government has suggested barring those with more than two children from getting government jobs, government subsidies and also from contesting election to any local body.

The proposed legislation can have a far-reaching impact on the upcoming Assembly polls due next year in the most populous state amid debate that the law is targeted at the Muslim population of the state.

The draft of the proposed law formed under the State Law Commission has sought public comments by July 19 on the draft ‘UP Population (Control, Stabilization and Welfare) Bill, 2021.’

The draft law was presented to Chief Minister Yogi Adityanath who is likely to share his opinion on the subject soon.

Media reports quoting the draft law says whoever is in contravention of the two-child norm after the commencement of the Act will be debarred from the benefit of government-sponsored welfare schemes, cannot contest election to local bodies, shall be ineligible to apply for government jobs, cannot get a promotion in a government job and his or her ration card would be limited to only four members.

“The Bill shall come into force after one year from the date of publication in the gazette,” the draft law says. In the case of polygamous marriages, each couple will be counted as one married couple for the purpose of calculation of the cumulative number of children, the proposed law says.

“The personal law governing ‘A’ allows polygamy. ‘A’ has three wives ‘B’, ‘C’ and ‘D’. ‘A and ‘B’, ‘A’ and ‘C’, and ‘A’ and ‘D’ shall be counted as three distinct married couples so far as the status of B, C and D is concerned, but as far as the status of A is concerned, it shall be counted as one married couple for the purpose of calculation of the cumulative number of children,” the draft says.

The draft law lists out incentives for the promotion of the two-child norm. The incentives would be extended to anyone who adopts the two-child norm by undergoing voluntary sterilization operation upon himself or the spouse. This will include a soft loan for construction or purchasing a house on nominal rates of interest and a rebate on charges for utilities such as water, electricity and house tax.

Those who have only one child and undergo voluntary sterilisation will additionally get free health care facility and insurance coverage to the single child till he attains the age of 20 years. Such a child will also get preference in admission in all educational institutions, including IIMs and AIIMS, free education up to graduation level, scholarship for higher studies in case of a girl child and preference in government jobs.

Government employees who adhere to the two-child norm will additionally get two additional increments during the entire service, maternity or paternity leave of 12 months with full salary and allowances and free health care facility and insurance coverage to the spouse.

Employees sticking to the one-child norm will be eligible for four additional increments in all apart from the incentives promised to the general public doing the same, reports said.

The draft says every government employee under the state government having more than two children at the time of commencement of this Act, will have to furnish an undertaking that they shall not act in contravention to the two-child norm.

“In case of violation of the undertaking, he shall be dismissed from his employment with immediate effect and shall be debarred from applying in future for any government jobs under the state government,” the proposed law says.

Some safeguards have also been built into the law in case of multiple births in a second pregnancy. “An action of an individual shall not be deemed to be in contravention of the two-child norm if he or she having a child born out of the first pregnancy, subsequently have more than two children, as a result of multiple births subsequently out of the second pregnancy,” the draft says.

The law would also not apply to those who adopt a third child after having two children conceived from a marriage, or those whose one of the two children is disabled and they have a third child. If one or both of the children die, the couple conceiving a third child will not be considered a violation of the law.

“In UP, economic resources are limited. It is necessary that provisions of basic necessities of human life are accessible to all citizens. It is necessary to control, stabilize the population of the state for the promotion of sustainable development with more equitable distribution,” the preamble of the law says.