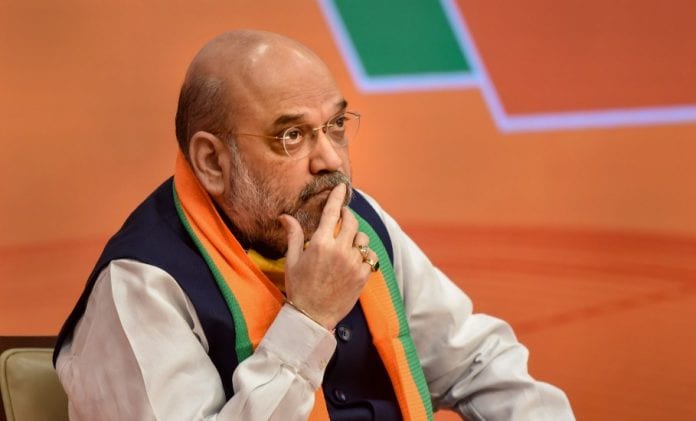 Microblogging and social networking platform Twitter has said an “inadvertent error” led to the removal of Home Minister Amit Shah’s profile picture from its site. A Twitter spokesperson said that due to the error, the social media giant had to temporarily lock Shah’s account under its global copyright policies.

“Due to an inadvertent error, we temporarily locked this account under our global copyright policies. The decision was reversed immediately and the account is fully functional,” the spokesperson said.

Due to an inadvertent error, we temporarily locked this account under our global copyright policies. This decision was reversed immediately and the account is fully functional: Twitter Spokesperson on Home Minister Amit Shah’s account being temporarily locked yesterday evening https://t.co/KVPkyo2Lic

While the image was restored later, Twitter had not shared other details. Its copyright policy states: “In general, the photographer and NOT the subject of a photograph is the actual rights holder of the resulting photograph.”

Twitter’s “inadvertent” blocking of Shah’s profile picture came on a day it came to light the Union ministry of Electronics and Information Technology had issued a notice to it, seeking an explanation in five days as to why no legal action should be taken against it for showing Leh as part of Jammu and Kashmir, and not Ladakh.

While Twitter has said it has responded to the government’s letter, it is yet to correct the map to show Leh as part of the Union territory of Ladakh, and not Jammu and Kashmir.

Earlier, the social media giant had shown Leh as part of China after which the ministry had written to Twitter CEO Jack Dorsey, raising an objection. This error, however, was rectified.

In July this year, India’s cybersecurity nodal agency CERT-In had issued a notice to Twitter asking the micro-blogging platform for full details of the global hack targeting high-profile users, as it sought complete information on number of Indian users affected as well as impact on data.

CERT-In had also asked Twitter for information on number of users from India who have visited the malicious tweets and links, and whether the affected users have been informed by the platform about unauthorized access to their Twitter accounts.