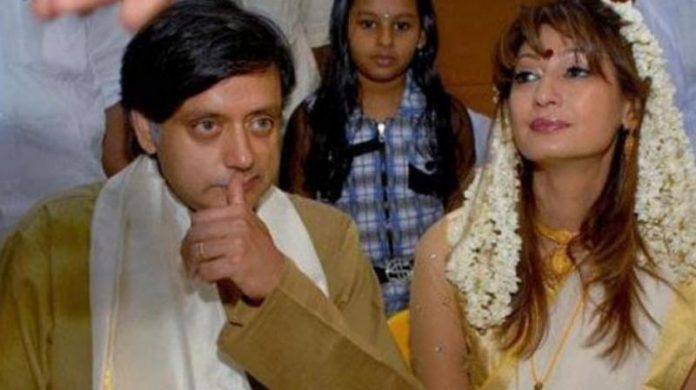 Shashi Tharoor was booked under sections dealing with cruelty to a woman to and abetment to suicide. PTI File Photo

A Delhi court on Wednesday (August 18) discharged senior Congress leader Shashi Tharoor, MP, in a case related to his wife Sunanda Pushkar’s death in a luxury hotel in the national capital, reports PTI.

Special Judge Geetanjali Goel passed the order in a virtual hearing. Tharoor thanked the judge and said it was absolute torture for him for the last seven-and-a-half years and that it was a great relief.

During the arguments, while police had sought framing of various charges, including Section 306 (abetment of suicide), senior advocate Vikas Pahwa, appearing for Tharoor, told the court that the investigation conducted by the SIT completely exonerated the politician of all charges levelled against him.

The prosecution, headed by Additional Public Prosecutor Atul Kumar Shrivastava, had submitted that while post-mortem opined the cause of death was poisoning, there were 15 ante mortem injuries that were 12-hours-to-four-day old and were produced in a scuffle.

Senior Advocate Pahwa had rebutted this by saying that the cause of Pushkar’s death was yet to be established even though the police took a very “adventurous route” in its probe.

Pahwa argued that “there are rather reports which say it was neither homicide nor suicide”. “A psychological autopsy was conducted. They wanted to know the mental status of the victim. But to date they are not clear whether she committed suicide or it was a homicide”.

Pushkar was found dead in a suite of a luxury hotel in Delhi on the night of January 17, 2014. The couple was staying in the hotel as the official bungalow of Tharoor was being renovated at that time.

He told the court that “none of the labs in India says that Alprax was found. The FBI report stated that only traces were found because she was consuming one or two tablets… this theory is in the air. It is only a figment of the imagination of the prosecutor.”

Tharoor’s lawyer had also urged the court to bring on record Pushkar’s tweets, which was eventually rejected.

Tharoor was charged under sections 498(A) (husband or relative of husband of a woman subjecting her to cruelty) and 306 of the Indian Penal Code by the Delhi Police, but was not arrested in the case. He was granted bail on July 5, 2018.