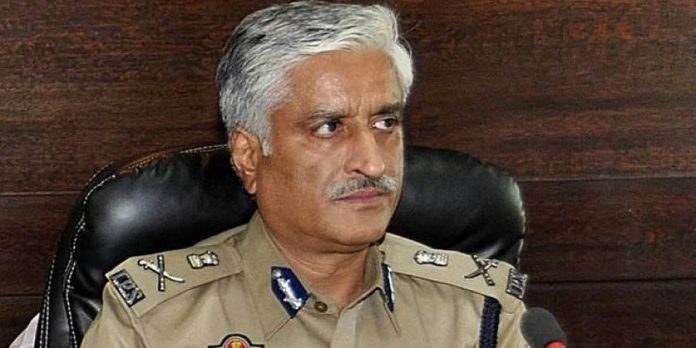 On March 3, the Punjab and Haryana High Court gave a blanket protection from coercive action to Saini in all pending and future criminal cases against him till April 20.

Saini is a 1982-batch IPS officer, was appointed the Director General of Police (DGP) in 2012. He was removed from the post in 2015 after protests erupted over a series of sacrilege incidents. He retired in 2018.

The Supreme Court told the Chief Justice of Punjab and Haryana High Court to either hear the matter himself or assign it to another bench for disposal within two weeks. “This is an unprecedented order. How can future course of action be stayed? It is shocking and three of us (judges) feel that it is unprecedented. This will require hearing,” a bench of Chief Justice of India NV Ramana, Justice AS Bopanna and Justice Hima Kohli said.

Senior Advocate Mukul Rohatgi, argued on behalf of Saini. He said the Punjab government is working against his client, Rohatgi also drew the court’s attention to the fact that the case has been delayed by over three years.

Chief Justice Ramana responded by saying, “Whatever it may be, you can’t pass an order saying future cases also he can’t be arrested? What is this.”

The Punjab Vigilance Bureau had earlier stated that Saini was arrested under several sections, including 420 (cheating), 409 (criminal breach of trust), 468 (forgery for purpose of cheating), 120-B (criminal conspiracy) of the IPC and relevant sections of the Prevention of Corruption Act.

The case was registered on September 2020 against Davinder Singh Sandhu, director of WWICS Estates Private Ltd, Ashok Sikka PCS officer (now retired), and some other officials of the local government department for illegal change of land use for a piece of land at Kurali with fake documents.

Later, the Vigilance Bureau booked PWD executive engineer Nimratdeep Singh, his father Surinderjit Singh Jaspal and some other persons for allegedly receiving a bribe from Davinder Sandhu for getting the colonies set up at Kurali certified.

The bureau claimed that the money received was used for purchasing a house in Chandigarh’s Sector 20 in which Saini later stayed as a tenant.

In May 2020, Saini was also booked in the case of disappearance of Balwant Singh Multani in 1991. Multani was then a junior engineer with the Chandigarh Industrial and Tourism Corporation.