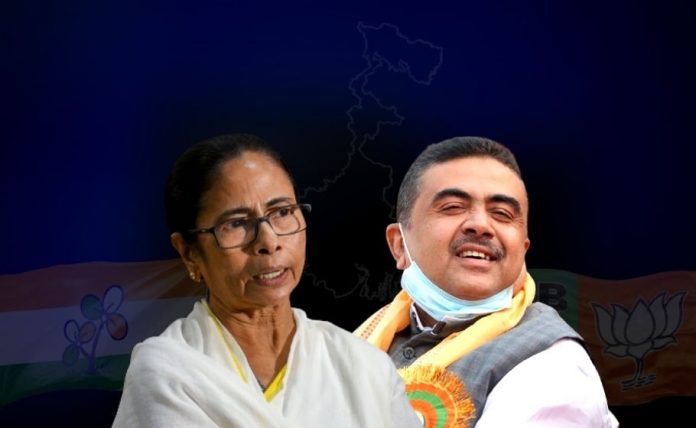 Over a month after election results were out in West Bengal, the Trinamool Congress and the BJP continue taking the electoral battle to court, challenging the poll outcome in several constituencies with “wafer-thin” victory margins.

It’s rare in the history of Indian democracy where legal scrutiny of poll results in so many constituencies in one election is being sought — a development, experts say, could set an unhealthy precedent.

In a counter move, the BJP on Saturday (June 19) announced that it too would seek re-evaluation of results in those constituencies where margins of defeats were very narrow.

“We will also approach the court challenging results in the constituencies where we lost by narrow margins. The process (of filing the petition) is almost final,” BJP state president Dilip Ghosh told the media.

The BJP state president, however, did not specify what would be his party’s criteria in deciding the “narrow margin” to seek re-evaluation of results.

All of them lost to BJP candidates by fewer than 5,000 votes. There are many other TMC candidates who suffered defeat against their BJP rivals by a thin margin.

“Every candidate has the constitutional right to challenge the result in court if s/he is not satisfied with the poll process. But the candidate needs to use the rights judiciously. Otherwise, if all the results where victory margins are ‘less’ will start getting challenged, setting a negative impact on the entire election process,” said lawyer and political observer M Hoque.

Senior journalist Nirmalya Banerjee too agreed that the belated rush to challenge the election results announced over a month ago did not augur well for democracy and the election process.

“Nandigram was different. Doubts were raised during the counting process itself. Immediately after the results were out on May 2, the TMC had made its intention of challenging the poll outcome very clear. But it is certainly a matter of concern if a bulk of candidates start showing lack of confidence in the results announced by the Election Commission,” Banerjee said. “The entire system will collapse if this goes on.”

In her petition, the CM has alleged that there were discrepancies in the counting process and that her rival indulged in corrupt practices such as bribery, undue influence and spreading enmity to influence the results.

Mamata lost to BJP’s Adhikari, who is now Leader of the Opposition, by 1,956 votes.

Meanwhile, the TMC supremo’s lawyer in a letter to acting Chief Justice Rajesh Bindal sought reassignment of her petition to another judge. Her lawyer Sanjay Basu in the letter claimed that Justice Kaushik Chanda, who has been assigned to hear the petition, was a BJP member.

The TMC sharing two photographs tweeted on Friday that “Justice Kaushik Chanda is seen sharing a stage with BJP’s @DilipGhoshBJP.”