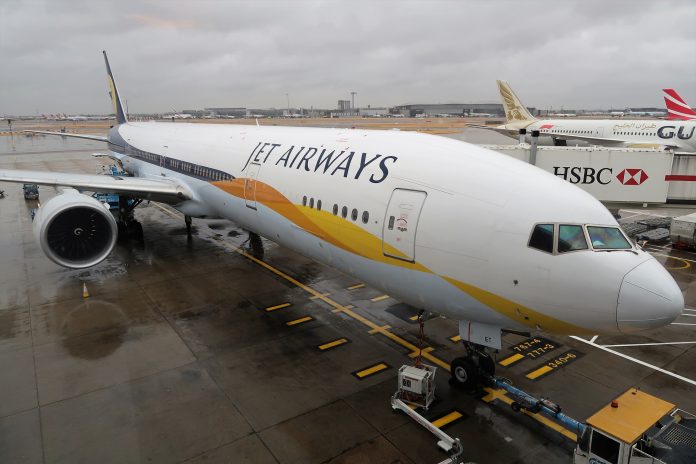 In a glimmer of hope for the grounded Jet Airways airline, the National Company Law Tribunal (NCLT) on Tuesday (June 22) approved its revival plan. A resolution plan for the airline submitted by the Kalrock-Jalan consortium has been approved.

The consortium will now apply for the relevant government approvals before it can restart its operations, media reports said.

“The NCLT approval will be valid for 90 days from today following which the airline will have to approach the tribunal again for an extension,” a report quoting a source said.

According to the NCLT order, the Directorate General of Civil Aviation (DGCA) will take the final decision on the allotment of slots to the airline. A government official has told a news channel that the DGCA and MCA will study the detailed order before deciding on slots.

In a recent affidavit submitted to the bankruptcy court, the MCA and DGCA said that Jet Airways may not be in a position to claim historical slots. The government and the civil aviation regulator also said that the allocation of slots would be done in accordance with existing guidelines.

Following the NCLT’s approval, shares of Jet Airways hit the 5 per cent upper circuit on the National Stock Exchange (NSE). At 1:30 pm, Jet Airways was up 4.96 per cent at ₹ 99.45 per share.

Jet Airways was grounded in April 2019 after suffering a severe financial crunch. An SBI-led consortium had then referred it to the NCLT for resolution under the Insolvency and Bankruptcy Code (IBC).

In October 2020, a consortium led by Murari Lal Jalan and Kalrock Capital secured the bid for the airline after protracted discussions. The Kalrock-Jalan consortium is believed to have offered ₹1,183 crore as repayment over a period of five years to financial creditors, employees and other staff of Jet Airways. It has also offered about a 9.5 per cent stake in Jet Airways and a 7.5 per cent stake in Jet Privilege to financial creditors.

Kalrock Capital is a UK-based asset management company and Murari Lal Jalan is a UAE-based entrepreneur.

Some key lenders to Jet Airways are SBI, Yes Bank, IDBI Bank and Canara Bank. As the situation stands, Jet Airways faces claims of over ₹15,000 crore from various creditors under IBC, while 13 domestic banks and financial institutions under SBI have made claims of ₹5,776 crore.

In December 2020, the consortium had said in a statement: “The Jet 2.0 program is aimed at reviving the past glory of Jet Airways, with a fresh set of processes and systems to ensure greater efficiency and productivity across all routes.”

The new promoters have also decided to stick with the Jet brand due to its value and existing flight slots. The statement by the new promoters said that Jet Airways will “operate all of its historic domestic slots in India and restart international operations”.

“The consortium’s vision is to regain lost ground, set new benchmarks for the airline industry with the tag of being the best corporate full-service airline operating on domestic and international routes,” the statement said.