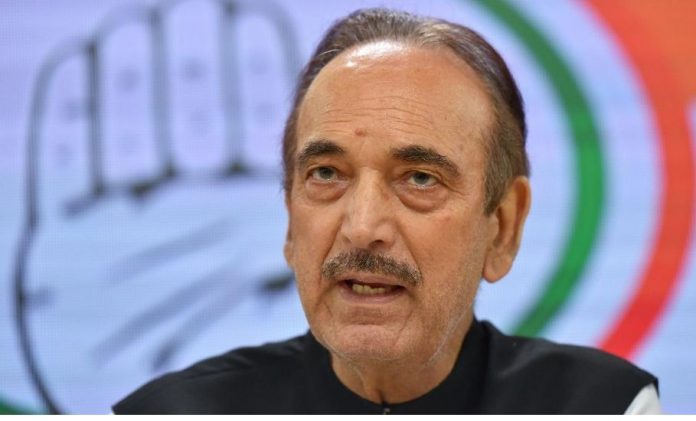 Congress leader and a prominent member of the G-23 rebels, Ghulam Nabi Azad, on Friday said the group would campaign for the party ahead of elections in five states.

“We will be going to campaign for the party and candidates in the five states. That is the priority and to ensure the win of the Congress. This I am saying on behalf of my colleagues in the party,” he said, in reference to the 23 leaders who have called for reforms in the party.

“Wherever the candidate or party whomsoever calls us to campaign… for the next two months that will be our focus,” Azad said.

The statements come nearly a week after the G-23 leaders reiterated their calls for reforms. They gathered at a public forum in Jammu on Saturday and took aim at the high command, saying the party is “getting weak”.

“The truth is that we see the Congress getting weak. That is why we have gathered. We gathered earlier too and we have to strengthen the party together,” senior leader Kapil Sibal said at the ‘shanti sammelan’.

“The Congress has weakened in the last decade. Our voice is for the betterment of the party,” Sharma had said. “It should be strengthened everywhere once again. The new generation should connect [to the party]. We have seen good days of Congress. We do not want to see it weakening as we become older.”

The Congress hopes to oust the ruling BJP in Assam; in West Bengal it is viewed as being well behind the ruling Trinamool Congress and the BJP; in Tamil Nadu it swept the Lok Sabha polls in alliance with the DMK; and in Kerala it is looking to out the Left Democratic Front.

The party also hopes to win Puducherry, where recently it lost its government after yet another wave of defections.