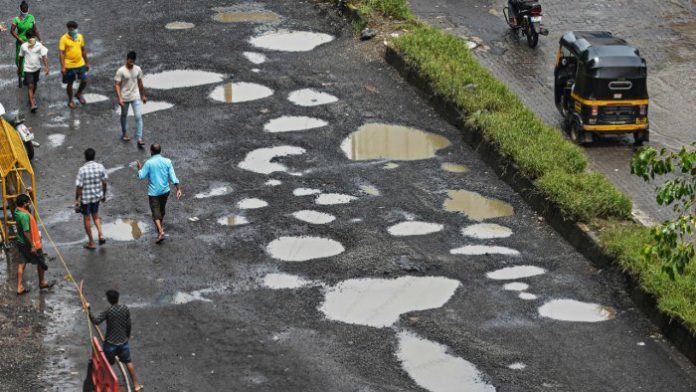 Road accidents caused by potholes have resulted in more than 5,000 deaths in India in the three years between 2018 and 2020, according to official data.

Potholes are one of the several issues on roads besides sharp bends, curves, and steep grade that cause accidents. Drivers navigating such roads need to take extra care and alertness in order to avoid accidents.

Recently, road transport and highway minister Nitin Gadkari had said the ministry has formulated a multi-pronged strategy to address the issue of road safety based on education, engineering (both of roads and vehicles), enforcement and emergency care.

The minister had noted that road accidents occur due to multiple reasons such as automobile design, over speeding, use of mobile phone, drunken driving/consumption of alcohol/drug, overloaded vehicle, vehicular condition, poor light condition.

Besides, jumping red light, overtaking, neglect of civic bodies, weather condition, fault of driver, driving on wrong side, defect in road condition, defect in condition of motor vehicle, fault of cyclist, fault of pedestrian are other reasons, he had added.

The identification and rectification of black spots (accident prone spots) on national highways is put into practice and the ministry has delegated powers to regional officers of MORTH (Ministry of Road Transport and Highways) for technical approval to the detailed estimates for the same.

As per the World Road Statistics (WRS) 2018, brought out by the International Road Federation, Geneva, India ranks number 3 in the number of accidents and number 1 in the number of people killed in road accidents.

A few days back, the Kerala High Court had ruled that the District Collector will have to explain every future road accident caused by potholes in his/her jurisdiction.

Justice Devan Ramachandran observed that bad roads were “a result of either corruption or insouciance; and in most times, both”. “I hereby, direct the District Collectors to act proactively to avert ‘man-made disasters’ on the roads; and I caution them that every further accident will have to be explained by them in future,” said the court.