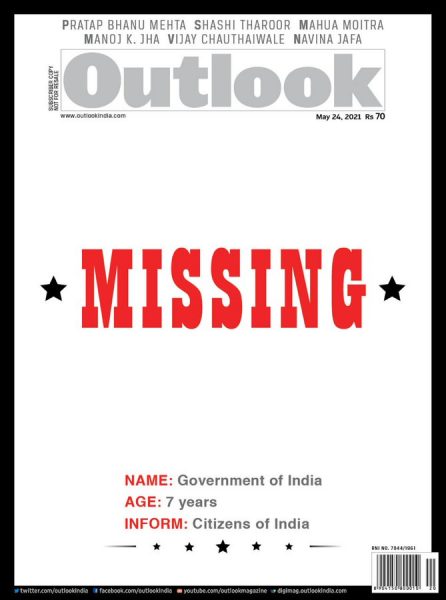 Hours after informing his colleagues that he was back at work from a month-long leave and “raring to go”, Ruben Banerjee, the Group Editor of Outlook Publications, was, on Wednesday, terminated from service. Banerjee had gone on a month-long leave from August 11.

There had been rumours of a rift between Banerjee and the group’s management, particularly its Chief Executive Officer (CEO) Indranil Roy, on the editorial direction that various Outlook publications must take and also on trimming down of the 25-year-old organisation’s staff across the board. 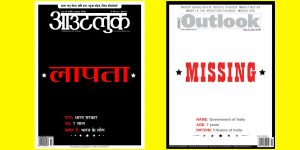 Two recent cover stories published by the group’s flagship publication, the English weekly, Outlook, which had critiqued the Narendra Modi government’s handling of the COVID pandemic (Cover title: ‘Missing’), the misuse of anti-terror laws across the country (Cover title: Stop Tyranny of Terror Laws) and the recent Pegasus snooping row had, reportedly, led to increased interference in the magazine’s editorial calls by the management, claimed journalists privy to the developments.

Also, it was alleged that Roy had continued to recruit members in the group’s editorial staff without keeping Banerjee informed.

On September 14, the team at Outlook English was informed that Chinki Sinha was joining as the magazine’s editor. As Editor of Outlook English, Sinha would have had to report to Banerjee, the Group Editor for all Outlook publications. Banerjee was not informed about the appointment of Sinha, a journalist with 15 years of experience, as Editor of Outlook group’s English weekly.

On Wednesday morning, Banerjee sent an email and WhatsApp message to Sinha and other members of the English weekly informing them that he was resuming work, said executives in the news magazine group.

“I am back from my leave and raring to go. I would like to be updated with the stories and ideas we are working on for the next issue,” Banerjee wrote. He also added that he planned to commission a cover story, “unless someone can convince me otherwise”, on communal polarisation in Uttar Pradesh, which is scheduled for Assembly polls early next year, using Chief Minister Yogi Adityanath’s controversial ‘Abba Jaan’ comment as the peg for the cover package.

Shortly after he had sent the email and WhatsApp message to his colleagues, Banerjee was removed from various WhatsApp chat groups of the magazine. Minutes later, Roy wrote to him informing: “I am compelled to terminate your contract with Outlook Publishing (India) Limited with immediate effect…”.

Roy justified Banerjee’s termination from service by stating in the email: “Unfortunately, on August 11, 2021, you informed your colleagues that you would not be accessible as you were going on a month-long leave. On September 8, 2021, you wrote to me that you are not well and would want to extend your leave, without indicating any timeline. Suddenly today morning, I received your email stating that you are resuming work… I wish to bring to your notice that despite discussing and agreeing to tight timelines with a view to consolidate operations into one-newsroom and launch the new website in the first week of September 2021, your abrupt absence from work left Outlook stressed.”

Roy also added, “As CEO, I think it will not augur well for the discipline and the future of the organisation even as you choose to continue in this erratic manner. The correspondent exchanges and your conduct have completely vitiated the atmosphere.”

The Federal tried to reach the CEO Indranil Roy for his comments but he has not responded to our text messages as yet.

Banerjee however told The Federal, “I am very surprised. Only three days ago, the CEO had, in an email, told me that we will have a face-to-face talk once I rejoin after recovering. Today, I recovered and rejoined. Since when has rejoining become a disciplinary issue?”

The CEO had told web portal Newslaundry last month that he had approved Banerjee’s leave. However, a month later, it seems Banerjee was sacked for the leave that Roy himself had approved.

Several members of Outlook’s editorial team that The Federal spoke to confirmed that Roy’s interference in day-to-day editorial operations of the magazine and its website had increased over the past month while Banerjee was on leave. There were reportedly demands from every member of the editorial staff to churn in a minimum of five stories for the website every week and reporters were told that “stories being filed for the magazine will not be counted” as their output, henceforth.

The increased work pressure, coupled with other problems such as a two month backlog of pending salaries, a massive paycut that the employees of Outlook had to take in the wake of the COVID pandemic and insecurity over their jobs in view of recurring rounds of downsizing had been a major cause of resentment among Outlook staff, journalist sources said.

Earlier this month, at a virtual meeting that Roy convened to discuss various issues with the Outlook staff, executives in the magazine group said the CEO categorically refused to reinstate the salaries employees received prior to the paycut that was announced last year while also admitting that he was “not in a position to give any assurance” on a tentative timeline for clearing pending salaries.

At the same virtual meet, Roy also told the reporters that the magazine “will continue doing neutral and balanced reportage but will not take a stand on any issue or carry stories that may antagonise the government,” a reporter present at the meeting told The Federal, requesting anonymity.

Over the past month, while Banerjee was away on leave, several senior members of Outlook’s editorial staff quit.

On Wednesday, Sunil Menon, Managing Editor of Outlook English, also announced on Twitter that he had quit the magazine. “I am calling an end to my association with Outlook magazine. It has been a very meaningful and a very long one – filling exactly half my life till now, naturally, as more than just a ‘job’. With me, Outlook will be losing the last member of Vinod Mehta’s original team… One last salute to the great Vinod: thanks chief, hope you’re watching from somewhere up there with that bemused grin, and a wisecrack I can’t hear. For years, you went home as I walked in, knowing everything was safe. You’d know I’ve done that even after you left for good. Now only the funeral rites are left to be conducted on this ‘chapter’, which I hope to conduct with due dignity, fulfilling all my promises to people outside before I leave. @Rubenbanerjee, you will have been my last editor, and we had a great run, thank you,” Menon wrote in a series of tweets.

Flashes of Arab unity at World Cup after year...

Brazil with plenty of options to replace Neym...

Singapore court dismisses applications by 3 I...