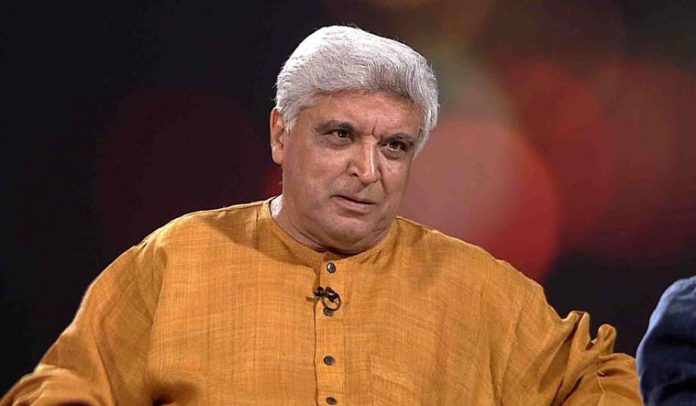 Famous Bollywood veteran Javed Akhtar, who recently got embroiled in a controversy over his comparison of the Taliban mindset to right-wing Hindu organisations, has clarified that he has not insulted the Hindu religion or Hindus in anyway with this comparison and regards ‘Hindus as the most decent and tolerant majority’ in the world.

Akhtar made this point in an opinion piece he wrote in Shiv Sena’s mouthpiece ‘Saamana’ stressing that India can never be equated with the Taliban-ruled Afghanistan as Indians are by nature moderates, said media reports.

In response to those who accused him of insulting the Hindu religion and Hindus, Akhtar wrote, “That’s untrue,” adding that in one of his interviews, he had said that the Hindu community is the world’s most decent and inclusive majority and that he wanted to reiterate that Hindustan can never become Afghanistan as Hindustanis are not hardliners by nature.

“They are centrists and decency is in their nature,” he said, reported India Today report.

While a News18 report quoted him from his article in Saamana as saying, “I have repeated this time and again and also emphasised India can never become like Afghanistan because Indians by nature are not extremists. It is in their DNA to be moderate, to keep to the middle of the road.”

Ten days ago, while talking to a news channel, Akhtar had said that when one objectively looks at the right-wing, they are all the same people across the world and added that the names and faces could change but the value system remained consistent world-over.

Further, Akhtar, who had given celluloid’s most feared dacoit Gabbar Singh, had also openly said that much like Taliban, the right-wing organisations think that “no law is superior to their religious faith.”

“Just like the Taliban want an Islamic State, there are those who want a Hindu Rashtra. These people are of the same mindset be it Muslim, Christian, Jews or Hindus. Of course, the Taliban is barbaric, and their actions are reprehensible, but those supporting the RSS, VHP and Bajrang Dal are all the same.”  This statement had sparked outrage from the ruling BJP and the RSS.
There was a call to ban his movies until he issued an apology with folded hands.

On the lyricist-poet’s personal front, News18 too reported that recently, it has been announced that a documentary film will be made on Akhtar and his former writing partner Salim Khan, titled ‘Angry Young Men’. This docu will be produced by their respective children, filmmakers Farhan Akhtar and Zoya Akhtar and actor Salman Khan.