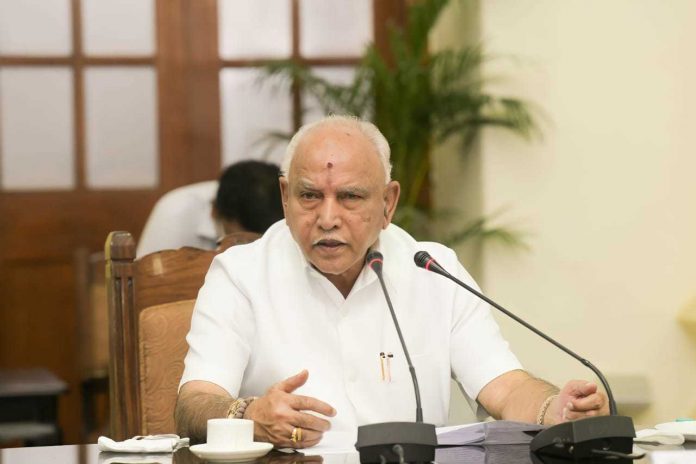 Yediyurappa plans to tour Karnataka for a month to invigorate the party.

Former Karnataka chief minister and veteran BJP leader BS Yediyurappa has given his partymen some sound advice – “work hard because it is easy to win Lok Sabha polls using PM Narendra Modi’s name, but not the Assembly polls”.

He was speaking at the inaugural ceremony of the state executive committee meeting on Sunday, when he asked the BJP cadre not to underestimate the Congress “as their leaders and workers have become active. They have their own strategies to win the polls. So, the workers must strive to strengthen the party at the booth-level”.

According to a report in Deccan Herald, Yediyurappa further revealed that the Karnataka Congress and JD(S) leaders had started talking to BJP leaders and asked them to embrace their party ahead of the by-elections, legislative council polls and Assembly polls.

“The party’s defeat in the bye-elections will convey the wrong message. So, the bye-elections are not a cakewalk for BJP. The workers should not be under the notion that Modi wave will help it win the polls. We need to work hard to win both the seats and teach a lesson to the Congress,” he said at the meeting, which was also attended by chief minister Basavaraj Bommai, state BJP president Nalin Kumar Kateel, BJP national general secretary Arun Singh, some Union ministers and former state CMs Jagadish Shettar and DV Sadananda Gowda.

He also advised the workers to highlight pro-people schemes implemented by the central and state government, citing the example of the time when the late Atal Bihari Vajpayee was in power but the BJP suffered defeat in the subsequent Lok Sabha polls because party workers did not educate voters about the good work done by the then NDA government.

But this time, Yediyurappa said, he was sure the BJP would win the next Lok Sabha polls and Modi would become prime minister again. “There is no second thought about it,” he said.

The Shikaripura MLA further emphasised the importance of the coming year, when zila panchayat, taluk panchayat and legislative council polls are scheduled. “So, the party has to be strengthened at the grassroots-level,” he advised.

Yediyurappa plans to tour Karnataka for a month to invigorate the party. “Without depending on others, we have to win more than 140 seats,” he exhorted the BJP workers.