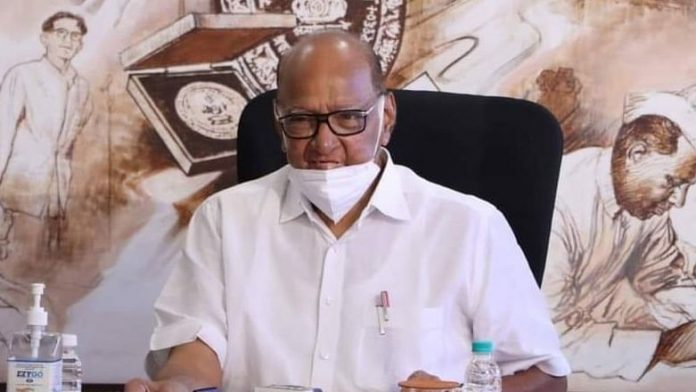 This meeting to form an Opposition front against the BJP, comes a day after Pawar met poll strategist Prashant Kishor for the second time in a matter of just two weeks in Delhi on Tuesday

The political rumblings have begun in the build-up to what will be a critical national election in 2024. Nationalist Congress Party (NCP) chief Sharad Pawar seems to have set the ball rolling, as he will hold a meeting of opposition parties without the Congress, to spearhead a joint opposition attack on the BJP in what is being termed as “Mission 2024”, at his residence on Tuesday, June 22 at 4 pm.

This meet to present an alternative opposition front against the BJP, comes a day after Pawar met poll strategist Prashant Kishor for the second time in a matter of just two weeks in Delhi on Tuesday, said media reports. Kishor and Pawar had met at the NCP leader’s Mumbai home the first time on June 11.

The invite sent out by Yashwant Sinha’s Rashtra Manch (set up in 2018) said that Sharad Pawar ji and Shri Yashwant Sinha ji are co-chairing a discussion on the present national scenario. Yashwant Sinha has requested your kind presence and participation in the meeting.

The discussions between the leaders are said to be around propping up a joint opposition candidate to challenge PM Modi, said a News18 report.

These developments come in the wake of senior Shiv Sena leaders having gone on record to state that their relationship with PM Narendra Modi was not broken even though they are not politically together now.

However, speculation that BJP and Shiv Sena have patched up has been temporarily scotched by Sena’s Rajya Sabha MP Sanjay Raut. Days after Maharashtra Chief Minister Uddhav Thackeray met PM Modi, he had directly attacked their Maha Vikas Aghadi partner, the Congress, which had sparked off the rumours.

The Congress too had been claiming that it would contest upcoming polls on its own.

But on Sunday, June 20, Raut declared the Shiv Sena, Congress and the NCP were committed to running the government for five years. Raut has been stoutly defending the coalition government in Maharashtra since its formation in late 2019. Incidentally, he had talked about the need for an alliance of opposition parties at the national level and had spoken to Sharad Pawar on this matter.

Meanwhile, reacting to this development and earlier reports that Congress was not invited, Maharashtra Congress leader Nana Patole said that this is not the first time Pawar was trying to organise a third front. In a democracy, everyone has a right to do whatever they want to.. We won’t stop anyone. But there can be no front without the Congress,” he pointed out.