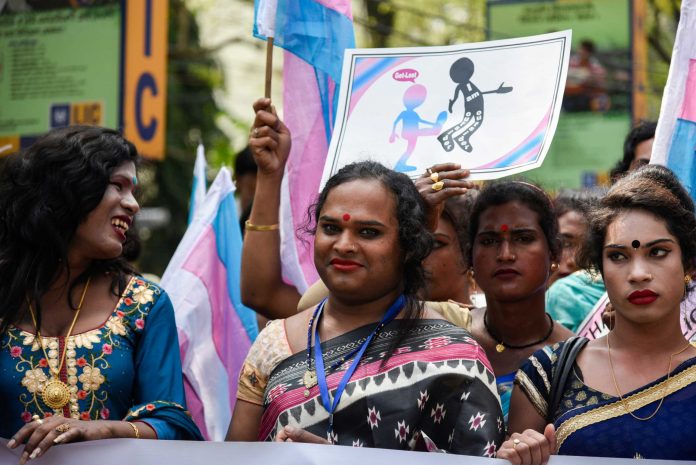 There have been demands that the government create opportunities for the LGBTQIA+ community to join the mainstream economy. File Photo

Justice Anand Venkatesh of the Madras High Court on Monday (June 7) issued guidelines for the LGBTQIA community’s safety, prevention of harassment by authorities and destigmatisation in society, in an interim order passed in the case of a lesbian couple who had sought protection.

It was a unique order in that Justice Venkatesh had voluntarily undergone psycho-educative sessions with a clinical psychologist to understand the LGBTQIA community as he prepared to deliver his judgment. The acronym stands for lesbian, gay, bisexual, transgender/transsexual, queer/questioning, intersex and allied asexual/aromantic/agender.

In a 107-page order, the court went into how the interaction with the petitioners of the case and psychologist helped him in his judgment.

The judge had been hearing the plea filed by a lesbian couple in Chennai, who had left Madurai to live together. Their parents, unhappy with the idea, filed complaints and the police traced them to Chennai.

After questioning by the police at their home, the couple moved the High Court seeking protection from any form of threat or danger from the police.

The judge observed that the case gave the court an opportunity and responsibility to weigh in on inclusiveness, justice against discrimination, social understanding of morality and traditions, media reports said.

“The society and my upbringing have always treated the terms ‘homosexual’, ‘gay’, ‘lesbian’ as anathema,” said Justice Venkatesh, adding he has no hesitation in accepting that he belongs to the majority of people who are yet to comprehend homosexuality.

“Ignorance is no justification for normalising any form of discrimination,” he said. “…The actual problem is not the fact that the law does not recognise a relationship but that the sanction that is accorded by the society is not available. It is only for this reason, I strongly feel that the change must take place at a societal level and when it is complemented by a law, there will be a remarkable change in the outlook of the society by recognising same-sex relationships,” he said.

In its judgment, the court has prohibited attempts to “cure” or change the sexual orientation of LGBTIQA+ people to heterosexual or the gender identity of transgender people to cisgender, failing which, action will be taken against professionals and licences will be withdrawn. Mental health camps and awareness programmes are to be conducted to understand gender, sexuality, sexual orientation and promote acceptance of diversity, the court said.

This is among the suggestions indicated by the court to create awareness by ensuring that all stakeholders, such as the police, judiciary, educational institutions, parents and health workers are sensitised.

In the previous hearing, the judge acknowledged that he did not know much about same-sex relationships and said in March that he wished to read up before passing an order.

“If I write an order after undergoing psycho-education, I trust that the words will fall from my heart,” the judge had said.

“I realised, after a one-on-one interaction with the petitioners, that it was us, who have to set off on a journey of understanding them and accepting them and shed our notions, and not they, who have to turn themselves inside out to suit our notions of social morality and tradition,” Justice Venkatesh said.

The judge pointed out that when he spoke to the couple who had moved the plea, they sounded “very natural” and made him question himself as to where the conflict actually arises. “This change happened within the mere duration of 15 minutes,” the judge said.

Amid UP Dalit rape shock, TN shows why the community gets a raw deal...