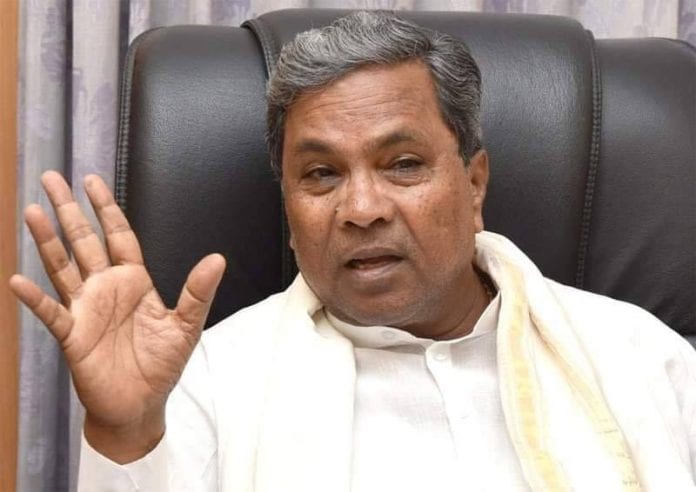 Senior Congress leader Siddaramaiah, on Sunday (November 8), reiterated his claims that the ruling BJP will change its Chief Minister in Karnataka after the
Bihar assembly poll results are out on November 10.

“I have information that after Bihar election results on November 10, there will be a change. Talks have been going on for long- to change,” Siddaramaiah said.

The statement came days after Chief Minister B S Yediyurappa had rubbished similar claims by Siddaramaiah terming it “irresponsible”, and had even said the latter will be removed as leader of opposition by the Congress, following the party’s defeat in bypolls to two assembly segments in the state.

Siddaramaiah told  reporters in Shivamogga that there are two to three factions in BJP and talks are on for the last six months to change. “The information that I have is that the central leadership is also eager to change as there is rampant
corruption in this government,” he added.

Siddaramaiah had earlier, too, said that Yediyurappa will be removed as Chief Minister after the bypoll results on November 10, and had based this claim on information from sources in Delhi.

Despite the state BJP denying it, speculations about a possible change in leadership in the future, considering Yediyurappa’s age (77 years), refuses to die down, with some within the party like MLA Basanagouda Patil Yatnal giving
credence to it with their statements.

Siddaramaiah said he does not give much credence to exit polls, which is predicting victory for BJP in both Sira and R R Nagar assembly segments, for which byelections were held on November 3. He said while the ruling party campaigned by distributing money, his party had gone to the people, and hence was confident of winning both seats.

“Exit polls have said that BJP will win both seats, I’m not sure on what basis they (pollsters) have said it. I had personally campaigned four days each in both constituencies. In my opinion the liking of the people was towards Congress. I am confident that we will win both seats,” he said.

He, however, said exit polls predicting RJD-led Mahagathbandhan winning Bihar polls was on expected lines, as people there wanted change. He said there was a strong anti-incumbency against Nitish Kumar-led NDA government, with unemployed youth and migrant labourers unhappy with the current administration.

Siddaramaiah also hit out at BJP government for the arrest of Congress leader and former Minister, Vinay Kulkarni, by CBI in a murder case, terming it politically motivated, and alleged that Union Minister Pralhad Joshi’s pressure led to the arrest.

Muslim man marries off foster daughter as per Hindu customs