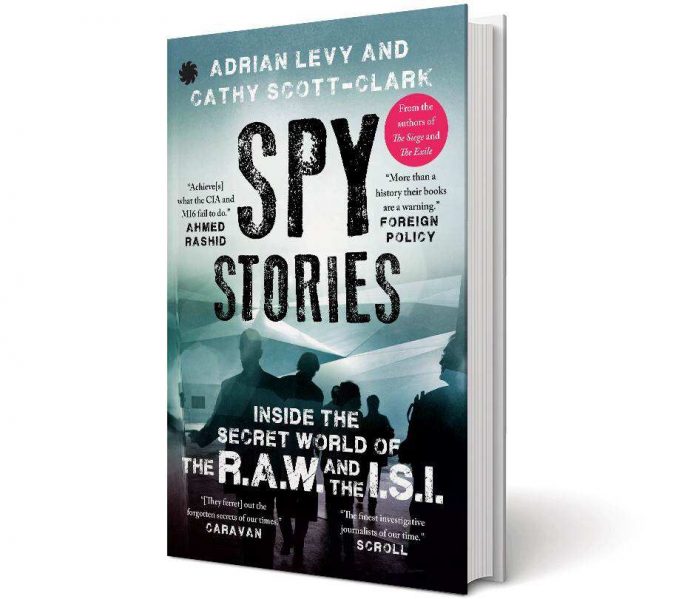 The authors of this new book on the R&AW and the ISI seem to have had rare and unprecedented access to India’s security establishment.

Kulbushan Jadhav, currently languishing in Pakistan jail, after being arrested in 2016 on charges of being an Indian spy, was watched by Pakistan’s Inter Services Intelligence (ISI) for many years, as they patiently waited for him to grow from being a “small fry” to a “big, fat Indian catch” to lay a trap for him. Similarly, Indian intelligence agencies had infiltrated Kashmiri militant and Hizbul Mujahideen commander Burhan Wani’s circles and used him to trap foreign militants, taking longer to kill him since their constant surveillance of Wani was paying off dividends.

National Security Advisor (NSA) Ajit Doval and deputy NSA Rajinder Khanna completely disregarded ISI claims that they had nothing to do with Pulwama attacks and went ahead with the Balakot strikes to “humiliate” the Pakistani army.

These staggering claims have been made in a new book titled “Spy Stories: Inside the Secret World of the RAW and the ISI”, co-authored by journalist couple Adrian Levy and Cathy Scott-Clark. Published by Juggernaut, this book on the alleged secret dealings of Indian and Pakistani intelligence agencies, have been reportedly pieced together from talking to several high-profile serving and retired spies.

The authors’ main sources are two lesser-known, mid-level ex-officers, one in the ISI and the other R&AW, said an Indian Express report. The ISI officer, who has reportedly participated in several operations, including those in Kashmir, before becoming a rogue officer, goes by the name of ‘Major Iftikhar’. While a former R&AW officer, who has been interviewed by these authors, has been identified as ‘Monisha’. She too got disillusioned with her agency and is now settled in the USA, added the Express report.

Also read: Security alert across India ahead of I-Day after terror threats

One of the damning claims made in the book revolves around the 26/11 terrorist attacks in Mumbai. According to the authors, what happened on 26/11 closely resembled what western intelligence agencies had “excavated”, probably from their “undeclared, high value source” David Headley, the Pakistani-American Lashkar terrorist serving a prison sentence in the US.

The Indian agencies allegedly largely ignored the intelligence they had received from their foreign counterparts. Monisha is quoted in the book as saying, “I was unable to get traction in Lodhi Road [R&AW]… What mattered was whether India bothered to develop the intelligence from GCHQ and the NSA before the raid. Or did we fail, through laziness, or – worse still – by intent?”, said the Indian Express report.

Jadhav, a spy who came in from the cold

This is because he had the ‘wherewithal to travel without cover’ from Iran to Pakistan, said The Hindu report quoting the book.

Jadhav could travel widely, and even to get down to Karachi made him exceptional, said Levy in an interview. He was like an “asset” not as a trained officer, the authors were told, to report back to handlers and supervisors with his insights.

Quoting an unnamed colonel in the external intelligence wing of ISI, the authors said, “The ISI waited patiently, hoping to let Jadhav grow into something special and then when he was big enough, as a target, ISI would pull him in”.

The ISI waited patiently and finally lured him with the bait of Uzair Baloch, a Karachi-based “landlord, trader, thug, local hero, robber, and philanthropist”. A Karachi crime family that wanted to serve the ISI to buy their freedom; the ISI who wanted to manufacture a “big, fat Indian catch” and Jadhav ostensibly fell into the trap.

The authors of this book seem to have had rare and unprecedented access to India’s security establishment, said The Hindu report. Indian officials were not ready to provide access at first but they had agreed after they were told they could receive near “real-time information” from Pakistani intelligence.

Doval called them back about giving clearance for the project. At that time, he had told the authors that there is no detail that is too small when it comes to the ISI.

“I need to study every scintilla. They are our forever enemy and we can never, ever know enough,” said Doval. Pakistani officials too gave them access on the same grounds to be able to have lines of communication during a crisis.

One of the other major revelations in the book dealt with the Pulwama bombing on February 14, 2019. Within a few hours of the bombing, the authors were contacted by former ISI Counterterrorism wing (C-wing) chief Lt. Gen. Nusrat Naeem, who told them that they had nothing to do with it and they believed it was the work of JeM bombers connected closely to Masood Azhar.

Indian agencies, like the Border Security Force, Defence Intelligence Agency (DIA) and R&AW too had concluded that the Pulwama attacks had been organised by JeM in order to provoke a “regional war”, the book stated. And that the JeM leaders had planned the attack from their “new base” in Helmand, Afghanistan, and not Pakistan.

“The data was not what Delhi projected, after Pulwama, instead preferring to humiliate the Pakistan military,” the book said. Doval had justified the Balakot strikes by telling the authors that a soon-to-be-released report on Pulwama would “lay bare the ISI’s involvement”.

It also traces the career of Doval through the past few decades, especially from the 1999 Indian Airlines’ flight IC-814 hijack, which the NSA described as a “diplomatic failure”, to the 2000 Parliament attack, and more recently events in Kashmir, including the 2016 Pathankot and 2019 Pulwama attacks in which 40 personnel were killed, as well as the retaliatory Balakot strikes by the Indian Air Force, said The Hindu report.