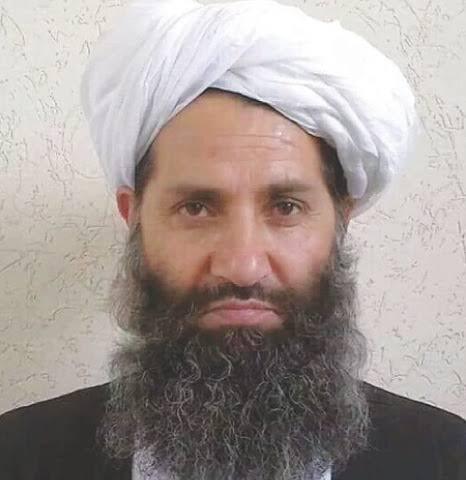 Akhundzada was appointed leader of the Taliban in May 2016, after his predecessor Akhtar Mansour was killed in a US drone strike

He is the supreme commander of the Taliban. He is also called the Amir Al-Mu’minin, or the ‘Commander of the Faithful’ – a title bestowed on military commanders during the lifetime of the Prophet Muhammad. His followers have taken over Afghanistan in a lightening blitz and are now getting ready to rule the country. He is also missing.

Haibatullah Akhundzada, who holds the final authority over the Taliban’s political, religious and military affairs, is expected to play a key role in the future of Afghanistan, but no one has seen him in at least six months. His last public statement came in May – to mark Eid Al-Fitr.

Also read: At this critical moment, India should not shut doors on Afghans

India has been studying information shared by foreign intelligence agencies and monitoring chatter from within the Taliban’s ranks to locate the secretive Akhundzada.

According to various reports, an Indian official has now indicated that Akhundzada may be in the custody of the Pakistan army.

According to the official, India is also very interested in how Pakistan will handle this issue.

Also read: Biden is slipping and democrats should be worried of political tsunami

Akhundzada was appointed leader of the Taliban in May 2016, after his predecessor Akhtar Mansour was killed in a US drone strike. One of Mansour’s two deputies, he was promoted at a meeting in Pakistan, according to a video statement shared by the group at the time.

A report by news agency AFP described Akhundzada, 50, as a legal scholar rather than a soldier, and credited him with issuing many of the group’s fatwas.

He has also been described as the Amir Al-Mu’minin – an epithet handed by Al Qaeda chief Ayman Al Zawahiri, who pledged his allegiance in 2016.

Also read: Here are the top six leaders of Taliban and details of what they handle

Akhundzada is one of the Taliban leaders widely expected to either lead or be influential in the running of Afghanistan.

Reports have also reached Delhi that members of terror groups such as the Lashkar-e-Taiba and the Jaish-e-Mohammed have begun mingling with the Taliban.

On Thursday India once again outlined its concerns about terrorism at a meeting of the UN Security Council.

“Whether in Afghanistan or against India, groups like Lashkar and Jaish continue to operate with impunity and encouragement,” External Affairs Minister S Jaishankar said, accusing unnamed countries of extending “state hospitality” to “those with blood on their hands”.

However, when asked how India views and plans to deal with the Taliban leadership, Jaishankar did not offer a direct comment and would only say that it was still “early days”.