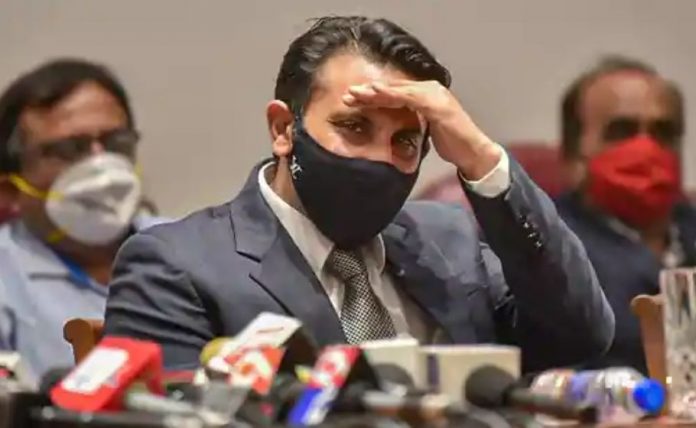 Adar Poonawalla, CEO of the Serum Institute of India, recently tagged President Biden in a tweet and requested his administration to lift the embargo | File Photo: PTI

Officials from New Delhi and Washington DC, have held several discussions to ease the supply of critical raw materials needed to manufacture COVID-19 vaccines to India, according to reports.

American officials have conveyed to their Indian counterparts that they understand the country’s pharmaceutical requirements and promised to give the matter consideration.

President Joe Biden and his predecessor Donald Trump had invoked the war-time Defense Production Act (DPA) that leaves US companies with no option, but to give priority to the production of COVID-19 vaccines and personal protective equipment for domestic production.

Ever since the US ramped up the production of vaccines — mostly by Pfizer and Moderna — so as to meet the goal of inoculating its entire population by July 4, the suppliers of its raw material, sought after by Indian manufacturers, are being forced to provide it only for domestic manufacturers.

Recently Adar Poonawalla, CEO of the Serum Institute of India (SII), tagged President Biden in a tweet and requested the administration to lift the embargo.

“Respected @POTUS, if we are to truly unite in beating this virus, on behalf of the vaccine industry outside the US, I humbly request you to lift the embargo of raw material exports out of the US so that vaccine production can ramp up. Your administration has the details,” he tweeted.

In recent weeks, India’s Ambassador to the US Taranjit Singh Sandhu has discussed the matter with the Biden administration, PTI reported.

Also read: Only bold action, not policy tweaks, will bring victory over COVID

“US side has clarified that there are no export restrictions on such items and that domestic regulations have only prioritised use of these materials for production of vaccines in the US,” sources told PTI on Monday.

The sources said the Biden administration has conveyed to India that they understand India’s requirements and promised to give the matter a due consideration. The US officials, in these meetings, have acknowledged the larger framework of the India-US health cooperation. The US Embassy in Delhi is also in contact with Indian stakeholders, PTI reported.

The Quad Vaccine Initiative, under which India will manufacture US-developed vaccines — Novovax and Johnson&Johnson — is a concrete example of the US-India partnership. The Vaccine Experts’ Group, which has been constituted under the Quad, has already begun its work, the sources said.

US Secretary of State Antony Blinken and External Affairs Minister S Jaishankar on Monday also discussed the  pandemic and ways to deal with it.