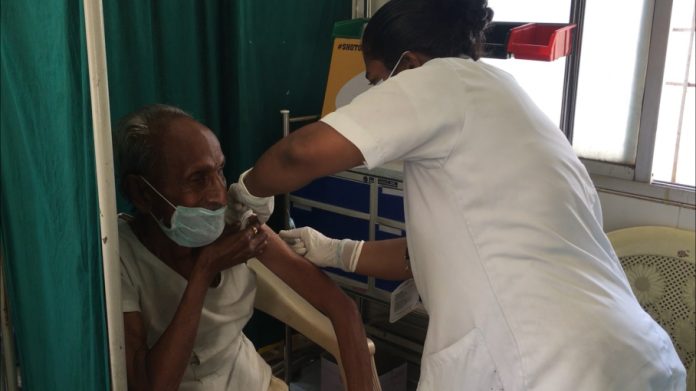 Should India only focus on getting its own people vaccinated, just as governments of the US, the EU and Japan do?

The government has announced some changes to its vaccine policy, allowing more companies to produce more COVID vaccines, developed locally or abroad, and allowing them to sell half their output at a price that is higher than the Centre’s current procurement price. In an earlier instalment of policy reform, the government had decided to fast-track local authorisation of foreign vaccines approved by competent regulators abroad and to fund expansion of vaccine and vaccine ingredient capacity. These indicate policy flexibility and are welcome, as steps that bring policy closer to one that will be effective, in terms of vaccinating billions of people in a relatively small window of time. However, the policy still falls short of producing an existential threat for the SARS Coronavirus-2 that causes the coronavirus disease.

Why should Indian vaccine policy think in terms of vaccinating billions of people? After all, there are only 1.38 billion Indians, and if two-thirds the population has to be vaccinated — that is a minimum, no one knows precisely what proportion must be inoculated to generate herd immunity — the target population should be some 900 million. Why think bigger? Of course, there is a moral imperative: the poorer parts of the world are going without vaccines, even as the rich parts race ahead to blanket coverage of their populations – the young, besides the old and even children, in the US. But there is a utilitarian imperative as well. All viruses mutate, some mutate more than others. The longer SARS Covi-2 is allowed to mutate among the unvaccinated billions, the greater the probability of new mutant strains emerging, against which the present lot of vaccines offers little immunity. In the interconnected, globalised world, such new strains would find their way into the rich, vaccinated world, to shatter their smugness, health and economic recovery.

Also read: UN report on happiness truly lets India down. This must be a conspiracy

Now, if two-thirds of the global population of 7.8 billion people have to be immunised, it is not enough to vaccinate 5.2 billion individuals. That would have been the case if vaccines had cent per cent efficacy. If vaccines have an average efficacy of 80 per cent, to inoculate 5.2 billion, 6.5 billion must get the jab. That means the target is to produce 13 billion doses. And these must be produced in the smallest possible window of time, to minimise the scope for the virus to mutate into ever new, potent, uncheckable variants.

Even if this is the case, why is it India’s problem? Shouldn’t we focus on getting our own people vaccinated, just as governments of the US, the EU and Japan do, and leave worrying about human solidarity to the Pope, the UN, global NGOs and our own silver-tongued diplomats?

It is India’s problem because India has the capability to mass produce vaccines that other countries lack. Even before COVID, India churned out half the world’s vaccines by volume. India is a serious player when it comes to drugs and pharmaceuticals. The Indian pharma company, Cipla, is responsible for preventing Africa’s devastation by HIV-AIDS. The company reverse-engineered the anti-retroviral drugs rich-world pharma companies had developed and were peddling at prices that saw a few thousand dollars of medical expense per month per AIDS patient, and reduced that figure down to a few dollars per patient per month. India had not yet moved from a regime that protected process patents rather than product patents, and Cipla’s move was legally defensible. The moral outrage produced by a company being able to produce for a few dollars the same drugs that had been sold for a few thousand dollars was so sharp that Big Pharma simply dropped their own prices and joined in the race to supply enough drugs to control the virus.

Rich world politicians are as caught up in their petty battles for survival, as their more familiar counterparts here, and rich world voters are as myopic and self-obsessed as the known specimens of the world’s largest democracy. Statesmen are in shorter supply than vaccines. The leaders of the European Union are criticised by western media for their failure to finalise vaccine purchase contracts early enough, leading to the EU falling behind the UK, US and Canada in the rate of vaccination. This criticism overlooks the simple fact that if the EU had cornered larger supplies for itself, some other countries would have had access to fewer vaccines. The debate over which set of leaders could grab larger slices of the vaccine pie obscures the much needed debate on how to make the vaccine pie large enough for the entire world.

Also read: Return of Big Government under Biden good news for the world

Vaccine production is constrained by two things. One, access to the 20 ingredients that go into making COVID vaccines, a majority of which have to be sourced from the US and the EU. The US has invoked its Defense Production Act to restrict export of vaccines and ingredients. The other constraint is intellectual property. Capacities that can produce vaccines are not being put to that use because those capacities are owned by companies that do not have access to the patent rights and knowhow.

India and South Africa moved the World Trade Organization, seeking a waiver of the intellectual property rights associated with COVID vaccines and therapies, but, so far, the WTO has dragged its feet. Republicans in the US have already started a campaign to the effect that the pillars of capitalism would come crashing down if IPR were to be waived and pharma companies denied their right to make extra profits for having risked huge sums in vaccine development.

There are ways to get around these constraints. The US government could, alone or together with the EU, Japan and whoever else is willing, buy out the intellectual property of Moderna, Pfizer, Johnson&Johnson and Novavax, and make the knowledge for vaccine production available for free for the world at large to make use of and produce enough doses. This would account for a tiny part of the trillions of stimulus spending they already have planned. A few hundred billion spent on vaccination can prevent economic loss of trillions of dollars. The cost-benefit calculus works out strongly in favour of such action.

But if world leaders continue to dither, India should issue compulsory licences to Indian vaccine producers to make these vaccines. The WTO Trade Related Intellectual Property Rights (TRIPs) agreements provide for such recourse, in case of a national emergency. Can anyone dispute that COVID is a national emergency for every single country? This would bring on stream a number of production facilities that could make vaccines but do not, to scale up vaccine production.

But there remains the shortage of vaccine ingredients. The US should be shamed into lifting its export restrictions on vaccines and vaccine inputs. If American political skin proves too thick, India must produce the vaccine ingredients itself. The world’s largest supply of college-going manpower is in India. Vast numbers of biology graduates can be trained into biotech workers. The world’s labs are full of people of Indian origin toiling away for drug companies and universities. Call upon them to return to India to set up a vaccine ingredient supply chain. Fund the project liberally. Reverse-engineer every product for which a licence is not forthcoming. Worry about legal consequences later.

If Indian companies could scale up the supply of ventilators, besides that of surgical masks, gloves and personal protective equipment in a few months’ time, there is no reason why they cannot do the same thing with vaccines and vaccine ingredients.

The current policy changes do not think this large or this bold. What they do is to let a market for vaccines in short supply subsidise the Centre’s procurement. The Centre is procuring vaccines at cost price or even lower, constraining any incentive for vaccine makers to step up production. By allowing vaccine makers to sell half their output in the open market, the government is hoping to sustain their cut rate pricing for procurement, while state governments and private citizens pick up the tab for the subsidy vaccine makers provide on central procurement and for these companies’ profits.

By mandating them to fix a price for their sales to state governments and the private sector, the government is setting the stage for some bad things. When demand outstrips supply, price is a convenient tool for allocating available supplies among alternative claimants. But if the price is fixed, how is a vaccine producer supposed to determine to which company or state government it should make its limited supply?

One way is to keep the price really high, guaranteed to put off most vaccine seekers. This will raise costs for those who get the vaccines and depress vaccine production below what is possible. Another is for vaccine company chief marketing officers and chief executive officers to make the allocations based on alternative considerations. For example, they could ask would-be buyers of vaccines to line up and perform Bharat Natyam, and choose the best performers. Or they could let it be known that whoever offers the highest kickback to the company officials concerned would get priority allocations. Does anyone foresee a rise in the popularity of Bharat Natyam in corporate circles? So, the formal price would continue to be fixed, but the allocation among alternative vaccine buyers would be rationed by price, with the element above the formal price going to company executives rather than to company revenues, to the detriment of corporate governance and shareholder interest.

A sensible policy is for the government to tell vaccine makers to have a three-tier pricing structure. The lowest tier for central procurement, a slightly higher price for state governments, their inter-se allocations being determined by a weighted average of factors such as population, COVID prevalence, record of vaccine utilisation, and a third tier of competitive pricing.

The remaining policy tweak required is letting vaccine makers access the knowhow for certified vaccines without hindrance. The Government of India can buy out the intellectual property of Covaxin and make it available for a host of vaccine manufacturers to mass-produce. It could issue compulsory licences for the Johnson&Johnson vaccine and the one from Novavax, neither of which calls for ultra-cold storage.

India has the capability and the opportunity to become the vaccine superpower of the world and vanquish COVID. Policy must think bold and large and must see resolute implementation. Being flexible is a good beginning, but does not suffice to guarantee the desired outcome, as any Bharat Natyam dancer can vouch.

(The author is a senior journalist)

Retail inflation hits 6-month high of 6.3 pc in May on costlier food...

UN envoy: More insecurity in Mali will have drastic impact