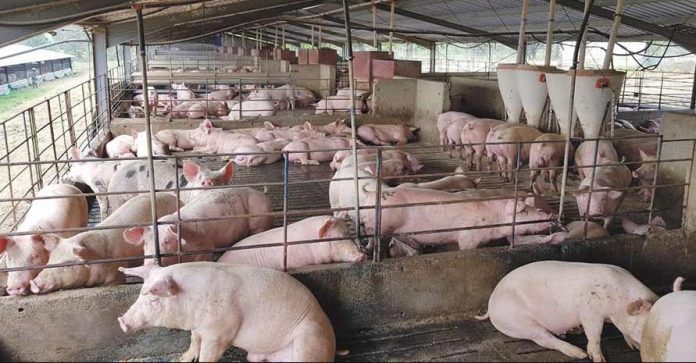 Pig farmers in the northeast have been up in arms, fearing an uneven playing field and disruption to businesses in the region

Pig farmers across the northeast have taken umbrage over the Union government’s decision to allow the import of US pork, contending that it will destroy the livelihood of lakhs of people and deal a body blow to a thriving sector.

United States’ Trade Representative Katherine Tai and Secretary of Agriculture Tom Vilsack had recently announced that India is set to import pork and pork products for the first time, removing a long-standing barrier to US agricultural trade.

Pig farmers in the northeast, which consumes about 70 per cent of the country’s pork production, have been up in arms, fearing an uneven playing field and disruption to businesses in the region.

“We will oppose this move tooth and nail, as it will hamper the livelihood of lakhs and sound the death knell for the growing sector,” said the North East Progressive Pig Farmers Association (NEPPFA), which has over 1,000 members in its fold.

“It has to be kept in mind that the genetics and rearing process of US pigs are completely different. Allowing import of its pork products will not present a level playing field for us. The central government should have instead focused on improving breeding and the quality of feed for pigs, and boosting credit availability for farmers back home,” Basumatary was quoted as saying by the PTI.

An Assam-based pig farmer said that the decision would lead to more losses for small and commercial farmers, who have been smarting under the detrimental impact of COVID-19 induced lockdowns and the outbreak of the African Swine Fever.

Assam rears 2.1 million pigs out of India’s 9.06 million, according to the 2019 livestock census. Other Northeast states with sizable pig populations include Meghalaya and Nagaland.

The pork deal is part of the revived US-India Trade Policy Forum held in New Delhi in November last year, where the two countries agreed to expand trade of some agricultural products, including US cherries, alfalfa as well as Indian mangoes, grapes, shrimp, and water buffalo meat.

The US was the world’s third-largest pork producer and second-largest exporter in 2020, with global sales of pork and pork products valued at $7.7 billion. In the 2021 fiscal, it exported over $1.6 billion of agricultural products to India.