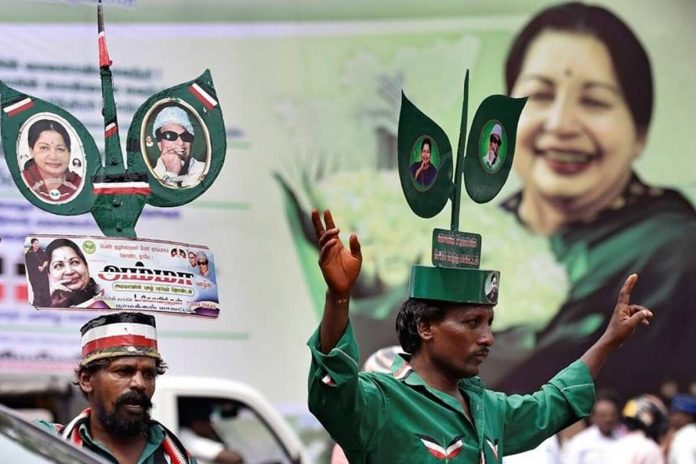 The Madras High Court striking down the previous Tamil Nadu AIADMK government’s decision to convert Jayalalithaa’s Veda Nilayam into a memorial is seen as another setback to the party which is already embroiled in various issues.

The court’s judgment on Wednesday came at a time when the AIADMK is celebrating its golden jubilee year.

Pronouncing the order on pleas moved by Jayalalithaa’s legal heirs J Deepa and J Deepak, Justice N Seshasayee directed the Tamil Nadu government to hand over the property to the applicants within three weeks.

The Poes Garden property was taken over by the then government following an announcement made by then chief minister Edappadi K Palaniswami (EPS) in 2017, to turn it into a memorial for the AIADMK leader.

The question on everyone’s lips now is, will the party go for an appeal?

“The respondent in this case is Chairperson, Puratchi Thalaivi Memorial Foundation, addressed as St George Fort. EPS acted as a Chairperson additionally, in his capacity as chief minister. The AIADMK is not included as respondent. So only the present dispensation can go for an appeal. It is doubtful whether the DMK can opt for an appeal,” said senior journalist and political analyst Tharasu Shyam.

He added that even if the state government goes for an appeal, the court will say that the government has no locus standi.

“This judgment will set a precedent for the future. The crux of the judgment is that the government cannot take over property without the owner’s consultation. The owners should also be given fair compensation. In this case, the previous government has not given an opportunity to the owners (Deepa and Deepak) in the first place,” added Shyam.

According to KC Palanisamy, an expelled leader of AIADMK and a former MP, the series of setbacks will bring down the cadres’ faith in the party leadership.

“The first setback was striking down of 10.5 per cent reservation for the Vanniyars. Now this one. We can expect the next setback will be the striking down of changes made in the party bylaws by O Panneerselvam and EPS,” he said.

If at all EPS had given a chance to the heirs and heard their concerns, the previous government could have handled the issue smoothly, said political commentator Pongalur Manikandan.

“Who knows, the owners could have given the property to the government of their own volition. But EPS acted in his own way just because he had power. Now the cadres will start to think that the current leadership is not even able to secure their idol’s house. This will have a deep impact on the upcoming urban local body polls,” he added.

Speaking to The Federal, AIADMK’s deputy coordinator KP Munusamy said the decision of going for an appeal now lies solely with the Tamil Nadu government.

When asked about the disruptions during the district secretaries’ meet held the same day, he declined to comment. It is alleged that during the meeting, leaders from EPS faction had fisticuffs with those who questioned his leadership.