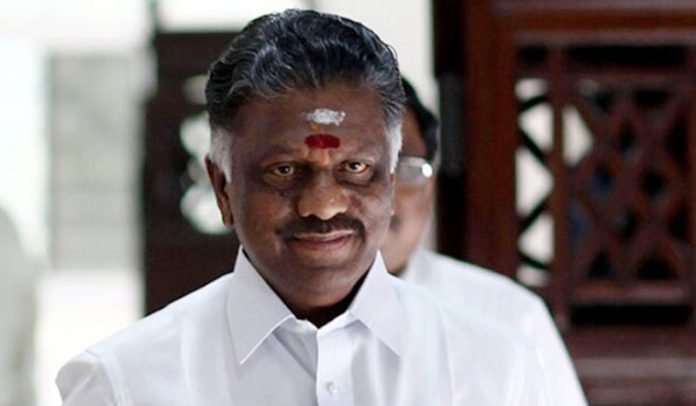 Former chief minister and AIADMK’s co-coordinator Edappadi K Palaniswami seems to have gone into a shell, after the setback in the Kodanad heist-cum-murder case and Sasikala’s frequent interventions. However, his fellow party man, O Panneerselvam, the coordinator of the party is at the forefront being highly vocal on various issues and is ensuring he occupies centrestage in Tamil Nadu politics.

When the Prime Minister Narendra Modi made the grand gesture of withdrawing the farm laws, OPS quickly issued a statement welcoming the move. He even went to the extent of calling Modi a “farmer’s friend”, who has shown “generosity” in withdrawing the laws. It should be noted that the AIADMK voted for the farm laws when they were introduced in Parliament.

While OPS issued the statement to the media, EPS merely tweeted saying that he welcomed the move. Of late, OPS continuously sends out statements on every issue, be it the rising fuel prices or on the compensation for farmers in flood-affected areas. Also, OPS called for an all-party meeting to decide the next course of action pertaining to the Idukki dam. Earlier, he had accused the DMK for making “false poll promises”.

An AIADMK party spokesperson told The Federal that EPS is lying low because if he starts criticising the current DMK government it would backfire on the party.

“If we start commenting about any issue, people tend to argue that the DMK has just come to power and they need time. So, we let them enjoy their honeymoon. We will register our voices strongly once their honeymoon is over,” he pointed out.

The party spokesperson also added that DMK’s major agenda is to keep the perception alive that the AIADMK is a divided party.

“We lack a powerful media house like other parties. Otherwise, we could have also highlighted how OPS and EPS jointly met the farmers in the Delta districts and assessed crop damages,” said the spokesperson. Moreover, the media is largely supportive of the DMK, he added.

Meanwhile, during a press interaction held on November 21, the BJP state chief K Annamalai reiterated that there is no disruption in the alliance with the AIADMK.

‘OPS is just doing his job’

One of the reasons OPS is probably keen to hog the limelight is also to counter the BJP in the state, which is trying hard to project itself as the key Opposition party.

Commenting on this, BJP spokesperson Tirupathy Narayanan said that it is normal for any political party to claim their place as a prominent Opposition party.

“We can’t comment on the issues happening inside another party. But as a coordinator of the party, OPS is doing his job. With regard to the alliance with the BJP, the coalition is only for elections and during non-election period we are different,” he said.