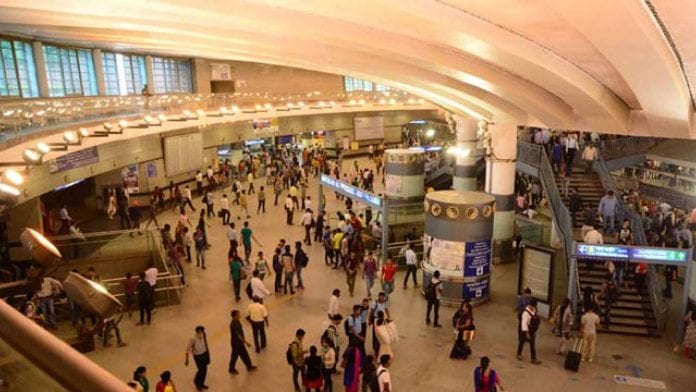 Thousands of people crowded into metro stations and shopping malls in Delhi as the city emerged from a strict five-week lockdown on Tuesday.

Delhi authorities fully re-opened shops and malls, and allowed restaurants to have 50 per cent seating. The metro is operating at 50 per cent capacity, and offices have been partially reopened.

However, scenes of thousands of people ignoring COVID guidelines have prompted some doctors to warn it could lead to a resurgence in COVID-19 infections.

Thousands of people died in Delhi last month, as oxygen supplies all but vanished and families pleaded on social media over scarce hospital beds. Many died in parking lots, and morgues ran out of space. The authorities built makeshift pyres in parks and empty spaces as crematoriums struggled.

Now disease experts and doctors have cautioned that a race towards resuming business as usual would undo the hard work put in to combat the virus.

“Delhi’s top mall saw a footfall of 19,000 people last weekend – as soon as it reopened. Have we gone totally mad?” Ambrish Mithal of Max HealthCare in New Delhi said on Twitter. “Wait for #COVID19 to explode again – and blame the government, hospitals, country.”

“Delhi ought to have unlocked far more scientifically. We are inviting trouble!” Arvinder Singh Soin, a surgeon and leading liver transplant specialist, said on Twitter.

In the early hours of Tuesday, metro authorities put out alerts on Twitter about peak traffic and longer waits, responding to commuters angry about long queues.

The state government said vaccination centres for people ages 18-44 would start shutting down on Tuesday, as doses were scarce.

FIFA World Cup: Neymar expected to play for B...

6:30 AM, 5 December, 2022 0
The Directorate of Public Health and Preventive Medicine, which is celebrating its centenary of formation this month, has been particularly focussed on children and women's health