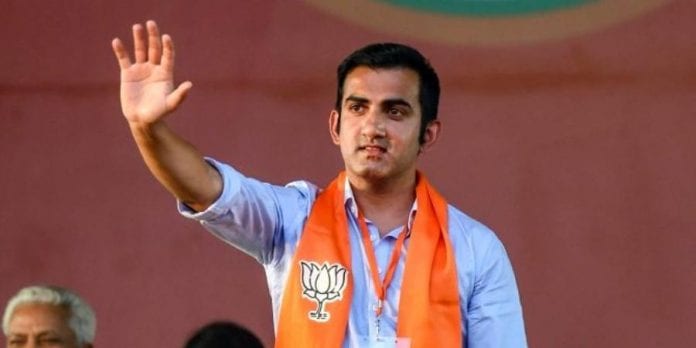 The DCGI submitted a new report to the court after it was reprimanded for giving a clean chit to Gambhir’s foundation. File Photo

The Drugs Controller General of India (DCGI) informed the Delhi High Court on Thursday (June 3) that it has found the Gautam Gambhir Foundation, run by the former cricketer and East Delhi MP, guilty of illegally stocking, procuring and distributing Fabiflu medicine to COVID patients.

The court proceedings come in the wake of a PIL which has questioned how politicians were able to procure huge quantities of certain medicines required for Covid treatment and distribute them when patients and medical stores were facing acute shortages.

AAP MLA Praveen Kumar has also been found guilty of similar offences under the Drugs and Cosmetics Act, the court was informed.

The DCGI submitted a new report to the court after it was reprimanded for giving a clean chit to Gambhir’s foundation earlier. The DCGI submitted that action would be taken without delay against the organization, drug dealers as also in other such cases which would be brought to its notice, media reports said.

The Delhi High Court had dismissed the DCGI’s earlier reports, giving clean chits to Gambhir and Kumar. The division bench of Justices Vipin Sanghi and Jasmeet Singh had ordered a fresh report and investigation on Monday (May 31).

The court told the drugs controller to file status reports on further progress in these cases involving hoarding of medicines within six weeks. The case will come up on July 29.

In a similar case, the Bombay High Court on May 27 directed the Maharashtra government to investigate how celebrities and politicians procured anti-COVID drugs and injections to help those in need when the same were available only in scarce quantities across the country.

A vacation bench of Justices Amjad Sayyad and G S Kulkarni said such celebrities might have had the noble intention of helping others, but only the Union government was authorized to allocate those drugs.

These people (celebrities) might not realize that they are acting in defiance of the legal set-up, it noted. Therefore, an inquiry must be conducted to rule out issues such as illegal procurement, hoarding, black-marketing and providing spurious drugs, the court had said.