Environment minister Prakash Javadekar on Friday (November 22) claimed that India will take less than 15 years taken by Beijing to improve air quality in the national capital. However, when the efforts taken by India and China and the budgets allocated for this purpose are compared, the claim sounds like a distant dream. 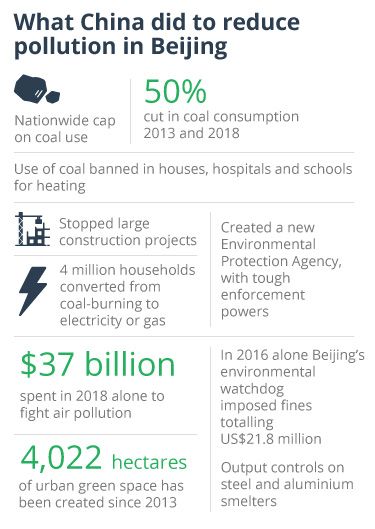 In 2018, China spent more than $37 billion to combat pollution, whereas in the 2019-20 Union budget, the Narendra Modi government allocated less than $100 million for this purpose. Besides a huge budgetary allocation, the enforcement too was so strict that China collected fines of around ₹150 crore in 2016.

The country had also closed down its major coal-fired power plants with a goal of reducing coal consumption by 80% by 2020. Meanwhile, China also created an urban green space of 4,022 hectares, whereas India witnessed axing of trees for developmental projects.

Responding to a discussion on “air pollution and climate change”, Javadekar on Friday said, “It took Beijing 15 years (to fight air pollution). We will take lesser time,” he said, referring to the air quality in Delhi.

There is a relation between pollution and climate change, the Environment Minister said, adding that 40 percent of India’s total power capacity will come from renewable sources before 2030.

Noting that India’s green cover is increasing, the minister said five times more trees have been planted in the national capital in place of trees cut down for construction of the Delhi Metro. 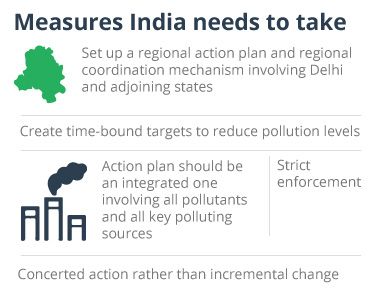 Observing that pollution in Delhi was the topic of discussion in the entire country, he said the “solution of the problem will come only when we recognise the problem.”

The air quality in Delhi was in the very poor category on Friday, improving slightly from the severe level a day ago. The overall air quality index (AQI) was 364 at 9.30 am. On measures being taken to control pollution, he said round-the-clock monitoring was taking place.

He also said that a ban has been put on use of furnace oil and emission norms have been enhanced. The government has formed a task force on Delhi’s toxic smog and every day the monitoring was being done by the Prime Minister’s Office.

The more trees planted, the more it will help in reducing pollution, he said. “If each one of us pledge to plant seven trees an oxygen bank will automatically be created,” he said.

Earlier participating in a debate on pollution, Congress leader Adhir Ranjan Chowdhury said there has to be a concerted effort to deal with this problem. Both state and central governments should work together to deal with the issue of pollution which has become a matter of concern.

“We need a climate-smart economy…You should introduce climate literacy,” he said. Choudhary charged that the Environment and Forest Ministry under the NDA government appear to be pro-business rather than pro-conservation. Climate change was never mentioned in the Budget in the last couple of years, he said, adding, this shows the importance being imparted by the government to this important issue.

More evidence to prove pollution, cold can cause COVID-19 infection