Environment Minister Prakash Javadekar on Thursday (November 21) told the Rajya Sabha there has been a general improvement in Delhi’s air quality in the last three years. The statement comes at a time when the national capital and several parts of northern India are witnessing one of the worst air qualities.

According to data of air monitoring systems, Delhi remained the most polluted among the major cities on Thursday with a real-time air quality index (AQI) value 395 noted at 8 pm, which falls in the severe category. Delhi was followed by Pune (AQI 280), Ahmedabad (231) and Mumbai (227). 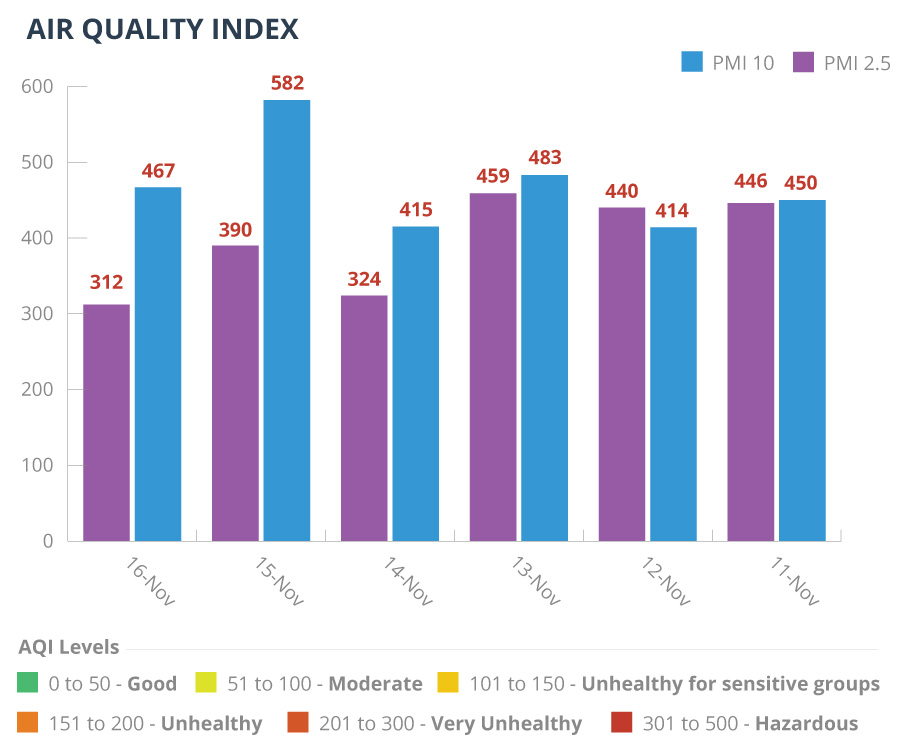 During a debate regarding the issue of air pollution on Thursday, Javadekar said a comprehensive plan has been developed for this purpose, identifying the timelines and implementing agencies for actions delineated. He added industries, garbage burning and construction are some of the major causes for pollution.

“Out of the 324 days in this year so far, the air quality has been in good, satisfactory and moderate on 175 days,” Javadekar told the Rajya Sabha.

He added that a high level task force was constituted under the chairmanship of the Principal Secretary to the Prime Minister and the Centre has notified a graded response action plan for Delhi-NCR for different levels of pollution.

Also read | Delhi chokes up every year, what is the govt doing? asks SC

Congress MP Pratap Singh Bajwa was clearly not satisfied and he expressed so while turning down the minister’s report. “On November 3 this year, Delhi recorded a three-year record high level of pollution,” he pointed out quoting another report.

“A Greenpeace (an NGO) report says out of 30 most polluted cities, 22 belong only to India,” he added. “As per reports by international bodies, Delhi is among the most polluted capital city across the world. There can be nothing more shameful than this,” Bajwa said.

NCP MP Vandana Chavan, meanwhile, highlighted that Delhi is not the only city affected by pollution. “Kanpur, Faridabad, Varanasi and Patna are also facing the same issue. Every city should have an action plan and actions have to be taken at grassroots level,” she said.

She said it was unfortunate that the lawmakers were politicising the pollution issue. “This is an issue that should be seriously looked into rather than merely fighting over it,” she added.

AAP MP Sanjay Singh said Javadekar’s report that there has been an increase in good air days has also been submitted in the Supreme Court. “This proves that due to the initiatives of the (AAP-led) Delhi government, there has been a 25% dip in pollution in Delhi,” he said.

Meanwhile, MDMK lawmaker Vaiko blamed Afghanistan for pollution in the country while quoting IIT reports behind his allegation. “According to IIT reports, pollution comes from Afghanistan. This report should be put forth in Parliament,” he said.

Don’t burn dry leaves, use them to improve soil quality