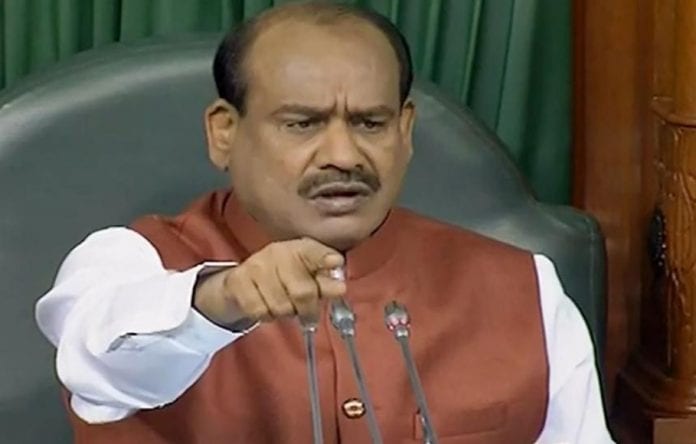 'I tried my best to give equal opportunity to all MPs to speak,' said Lok Sabha Speaker Om Birla | File Photo

With Lok Sabha functioning for only 21 hours during the entire monsoon session and its productivity down to 22 per cent, Speaker Om Birla on Wednesday (August 11) expressed his disappointment saying holding placards and raising slogans near the speaker’s podium was not in accordance with the House’s traditions, reports said.

In the Rajya Sabha, Chairman Venkaiah Naidu grew emotional while reading out a statement condemning what he called “sacrilege” and violation of the “temple of democracy” by the opposition. Opposition MPs on Tuesday (August 10) climbed the officials’ table at the centre of the Rajya Sabha, waved black cloths and threw files during a discussion on the farmers’ protests over three central laws, NDTV reported.

“I have no words to convey my anguish and to condemn such acts as I spent a sleepless night…last night.” He broke off, choking up. NDTV quoting sources said the government wants strict action against the MPs and may report the incident to the parliamentary ethics committee.

“I tried my best to run the House smoothly and give equal opportunity to all members, but the House productivity was very poor during this session unlike the previous session,” Birla said. The Lok Sabha was adjourned for an indefinite period (sine die) on August 11, marking the end of the monsoon session.

Birla said he would call an all-party meeting to review the existing parliamentary rules. “We need to review the existing rules and reframe to make them more stringent. Most of the presiding officers don’t approve of carrying placards, shouting slogans and trooping into the well of the House,” said the speaker.

The House had been frequently disrupted over the Pegasus snooping row, new agriculture laws and other issues since the session began on July 19. It passed a few bills, including the Constitution amendment bill that will allow states to make their own OBC lists.

Birla also said the new parliament building would be ready by August 15 next year.