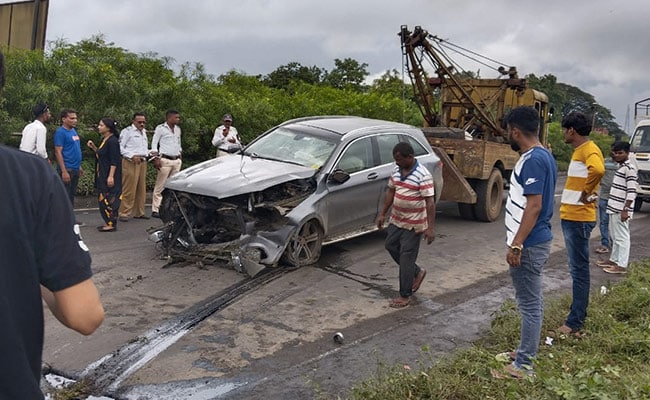 The unexpected death of Cyrus Mistry, former Tata Sons chairman, in a horrific car crash has left everyone shocked. He was only 54.

As per details emerging about the accident, Mistry’s friend Anahita Pandole, a gynaecologist, was driving the Mercedes SUV at about 110 kph on a three-lane highway from Udwada to Mumbai.

The accident happened at Charoti Naka in Palghar district where there is a bridge over Surya river. The three-lane road tapers into two lanes.

When they reached near the bridge, a vehicle was driving on the first two lanes. Anahita Pandole tried to overtake from the left, but soon realised that there was no third lane. She tried to turn right but lost control and the vehicle hit the divider killing Cyrus Mistry and another person named Jahangir Pandole, both of whom were seated in the back.

Also read: Cyrus Mistry will be remembered for fighting the Tatas tooth and nail

It has emerged that both of them were not wearing a seat belt, whereas Anahita Pandole and her husband Darius, sitting in the passenger seat, were wearing seat belt. They suffered injuries and were admitted to a hospital.

The incident has brought into focus the importance of wearing a seatbelt, especially while seated in the back.

According to the World Health Organisation, using seat belts in the rear seats can prevent a fatality by 25%.

A passenger not wearing seat belt in the back seat is likely to collide with the seat ahead, destabilising the people in the front, even if they are wearing their seat belts.

It is said that at such high speeds, during a crash, the the person behind is sometimes thrown at a force of 40G (40 times the gravity, which means the person weighing 80kgs will be like 3,200 kgs). This itself could kill the person sitting behind and also the one sitting in front.

According to reports, airbags in cars do not work if seat belt is not locked properly. And experts say that air bags are the second line of defence while seat belt is the first defence in case of such crash.

The government has made it mandatory for passengers to wear seat belt failing which they would be fined ₹1,000.

Road Transport Minister Nitin Gadkari has said that there are plans to make a three-point seatbelt mandatory for all seats of a car, including middle seats – which only have a two-point seatbelt currently.