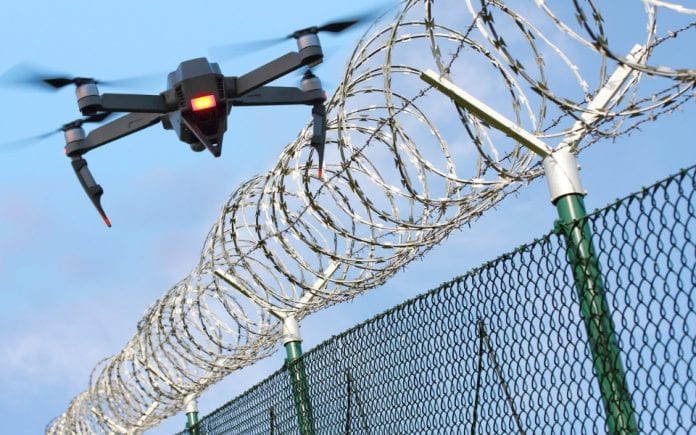 initial investigations into the Jammu airport blasts have revealed that the drones have come from across the border. Representational image iStock

Shortly after a drone attack on an IAF station in Jammu, a crude bomb has been recovered from a LeT (Lashar-e-Taiba) operative by the authorities thus foiling a possible terror strike in a crowded place, said the Jammu and Kashmir police on Sunday (June 7), according to media reports.

Meanwhile, a CNN-News18 report quoting top sources from the National Investigation Agency, said that initial investigations into the Jammu airport blasts have revealed that the drones have come from across the border.

Jammu and Kashmir police chief Dilbagh Singh, who has called the drone blasts as a “terror attack” told NDTV on Sunday that another crude bomb has also been found by the Jammu police and this IED (Improvised Explosive Device) was received by a LeT (Lashkar-e-Taiba) operative and was to be planted at some crowded place.

The police said that the IED containing 4 kg explosives was found with Nadeem Ul Haq, a 22-year-old resident of Banihal, who has been arrested. However, this arrest is not connected to the airport blasts, clarified Dilbagh Singh.

Earlier, the police chief had told the media that the two explosions that rocked the IAF station in Jammu in the wee hours of Sunday morning, had injured two people and caused small damage to a building. The Jammu airport is a dual use facility under IAF control, also used to operate passenger flights but there were no disturbances in the flight schedules.

The Indian Air Force (IAF) has also set up an inquiry into the Jammu airport blast case. The National Bomb Data Centre and forensic experts are also investigating the attack.

The drone attack is causing consternation in security circles since this is the first time that drones are being used in an attack, said the NDTV report. There have been incidents reported over the past two years of Pakistan using drones to drop weapons across the border.

The first time it reportedly happened in Punjab in August 2019, when a crashed drone was found in a village in Amritsar. In September, terrorists arrested by security forces allegedly revealed that drugs and weapons were dropped in Punjab in eight drone sorties.

Meanwhile, an FIR has been registered at Satwari Police station in Jammu under the anti-terror Unlawful Activities (Prevention) Act. Teams from the IAF, the National Bomb Data Centre, forensic experts and the Jammu and Kashmir police are also investigating the attack.

The blasts has taken place hours before Defence Minister Rajnath Singh and Army Chief General MM Naravane were to embark on a three-day visit to Ladakh to review India’s operational readiness and to interact with troops as India’s standoff with China has not let up.