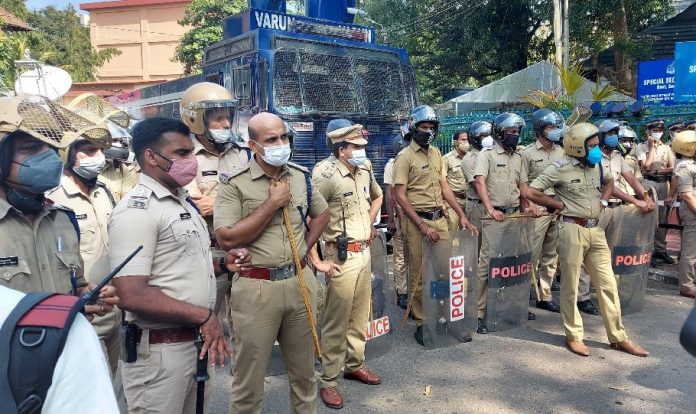 There could be various reasons for the ‘insensitive’ behaviour of the police, but it has to be rectified, said the panel. (Representational image)

A Parliamentary panel headed by Congress leader Anand Sharma has expressed concern about how the public perceives police personnel across the country. Police are often seen as insensitive towards the commoners and vulnerable sections, said the panel. Further, there are corruption complaints against some IPS officers that should be checked, it noted in a report titled Police — Training, Modernisation and Reforms.

The Parliamentary Standing Committee on the Ministry of Home Affairs, in its report submitted to Parliament last week, emphasised that training is critical to correct the situation. There could be various reasons for the ‘insensitive’ behaviour of the police, said the panel, while observing that it has to be rectified.

What’s essential is a shift from an entitlement-based approach to one that is rights-based, said the committee, adding that efforts have to be taken to bring about a positive change in police attitude.  For this, it recommended that police training institutes focus more on inculcating soft skills.

The number of graft complaints against IPS officers is a matter of concern, the panel noted. It recommended that the faculty members of the Sardar Vallabhbhai Patel National Police Academy in Hyderabad, where IPS officers are trained, take up spot inspections. They could visit the districts to examine how the probationary officers are performing at the ground level, it said.

Further, the panel recommended that the Centre can advise the State police and Central armed police forces to “train and liaison with people living in the border areas for gathering intelligence on infiltration, use of drones and drug trafficking”.

The Sharma-led committee observed that at 10.3 per cent, the proportion of women in police forces is ‘abysmally’ low. There should be at least one all-women police station in each district, it said. Further, women representation in the police force should be raised to 33 per cent, it added.

To increase the numbers, additional posts should be created, rather than appointing women to vacant posts of male constables, said the panel. This would not only increase the number of women police personnel, but also enhance the police-population ratio in the country. The panel also mooted more significant roles for women cops, rather than the inconsequential ones that are often given to them.

To address rising cyber-crime, the committee recommended the setting up of cyber cells in all districts, apart from cybercrime help desks. It said the police should map cybercrime spots and establish specialised cells to keep an eye on the darknet.