Even though all the parameters of the Vikram lander’s descent were normal up to an altitude of 2.1 km, the communication thereafter was lost with the ground station, Isro chairman K Sivan announced on Saturday (September 7).

The ISRO chairman said that the data is being analysed.

Even though the lander has lost communication with the ground station, the orbiter will continue on its mission. And since the communication was lost, it remains unknown whether the Vikram module made a soft landing or not.

ALSO READ | Excitement, jitters and frenzy as Chandrayaan-2 readies for touch down

#WATCH PM Narendra Modi at ISRO: There are ups and downs in life. This is not a small achievement. The nation is proud of you. Hope for the best. I congratulate you. You all have done a big service to nation, science and mankind. I am with you all the way, move forward bravely. pic.twitter.com/Iig1a8EuKD

Prime Minister Narendra Modi who was present at the Isro centre lauded the scientists for their efforts so far and asked them not to lose hope.”Life is full of ups and downs. The country is proud of you. Be courageous,” he told them.

Later, in a tweet, he said that the scientists have given their best and have always made India proud.

“India is proud of our scientists! They’ve given their best and have always made India proud. These are moments to be courageous, and courageous we will be! Chairman @isro gave updates on Chandrayaan-2. We remain hopeful and will continue working hard on our space programme,” he said.

India is proud of our scientists! They’ve given their best and have always made India proud. These are moments to be courageous, and courageous we will be!

Chairman @isro gave updates on Chandrayaan-2. We remain hopeful and will continue working hard on our space programme.

The Prime Minister also met a group of school students who were present at the Isro centre to participate in the historic moment.

The Vikram lander of the Chandrayaan-2 was all set for a soft landing on the south pole of the lunar surface. It was expected to reach the lunar surface between 1:30 am and 2:30 am on Saturday, three days after completing its second deorbiting manoeuvre in the early hours of September 4.

Following the landing, the Pragyan rover was expected to roll out of the lander between 5:30 am and 6:30 am. Thereafter, it would have carried out experiments on the moon for one lunar day, which is equal to 14 earth days. The mission life of the lander was one lunar day while the orbiter will continue its mission for a year. 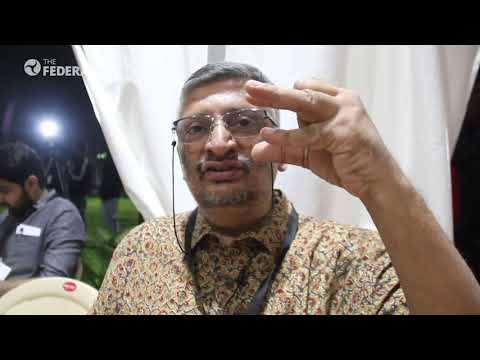 The Chandrayaan-2 spacecraft was launched using India’s Geosynchronous Satellite Launch Vehicle (GSLV) MkIII on July 22, and the satellite began its journey towards the moon on August 14, leaving behind the earth’s orbit.

India would be the fourth country to achieve the feat after the United States, Russia and China, if further updates confirm that soft landing was achieved by the Vikram module.