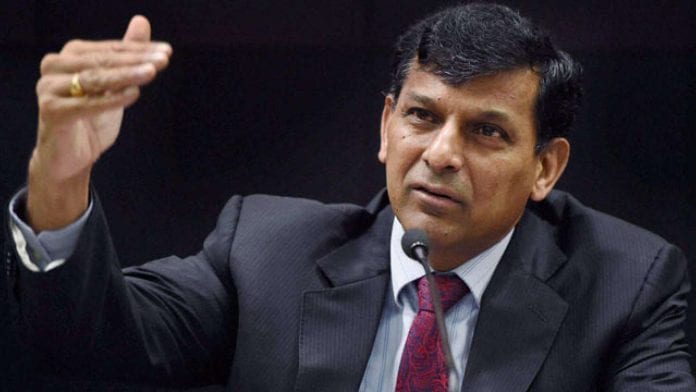 Days after a political diatribe against IT major Infosys over its ‘failure’ to fix glitches on its Income Tax website by RSS mouthpiece Panchjanya left the business world shocked, former RBI governor Dr Raghuram Rajan has called such a comment as “completely unproductive” and one that the government would never use on itself despite its own failings.

“It just strikes me as completely unproductive. Would you accuse the government of being anti-national for not doing a good job on vaccines initially? You say it is a mistake. And people do mistakes,” he said during an interview with NDTV.

Taking a dig at the Modi government’s GST rollout in 2017, he said, “I don’t think the GST rollout has been spectacular. It could have been done better…but learn from those mistakes and don’t use it as a club to roll out your own prejudices.”

A magazine run by the Rashtriya Swayamsevak Sangh (RSS), the ideological fountainhead of ruling party BJP, had recently criticized Infosys for not being able to handle its IT website and for allegedly “acting at the behest of anti-national forces”.

However, the RSS later distanced itself from the statement stating that the views are not the organisation’s, but of the author.

Rajan, who also spoke about the current state of the Indian economy in a COVID-afflicted world, said the touted “rebound” in factory output should not be a reason to rejoice as the base on which the numbers were calculated was low.

He, however, admitted that the industrial side has made “reasonable recovery” as India registered a record annual growth of 20.1 per cent last quarter due to an increase in manufacturing and more consumer spending.

But, Rajan said the growth shouldn’t be generalized and applied to the entire economy.

He gave the example of a surge in the sale of four-wheeler vehicles compared the sale of two-wheelers.

He attributed the improvement in stock market and increase in GST collections by 30 per cent annually to ₹1.12 lakh crore in August to profiteering of bigger, more formal firms than smaller ones.

However, he called out the “forced formalization” of the economy, adding that it was being done at the cost of ignoring small and medium businesses.

“You don’t want formalisation by jhatka. You want formalization by improving the conditions for the small and medium enterprises to become more formal. I don’t think we see that,” he said.

Making a case for federalism, Rajan said state coffers are in a pretty bad state as they aren’t getting any share of the Centre’s rising revenues.

“State government finances are in a pretty bad way. The Centre has, sort of, swallowed up a significant part of the revenues through central cesses,” Rajan said.

“India is getting too big to be run exclusively from the Centre. And that too not just from the Centre but from the ‘Centre within the Centre’. This kind of over-centralisation holds us back,” he added.

Referring to the rise in gold loans, Rajan said it was a clear-cut sign of a failing economy where people are being forced to pawn their family gold. He advised a cash transfer scheme modelled on the MGNREGA scheme to be implemented for such sections of society.

“One of the consequences of not supporting them (urban people hit by the downturn) is that they go back to their villages. And then when you want to start up again you have a shortage of labour. And it is very hard to persuade that they will be well supported in the city,” he said.