The slow but surefooted strides made by Big Tech firms like Google, Amazon and Facebook into the banking industry might end up dislodging brick-and-mortar lenders in the country.

The tech industry which has been slowly creeping up on licensed deposit taking institutions in India, is all set to disrupt the business of traditional lenders in India, said media reports. Prompting the question whether the traditional brick and mortar Indian banking industry, which is already crippled by rising NPAs and bad loans due to the pandemic, would then meet the fate of dying newspapers in the future?

Amazon, Google, and Facebook’s WhatsApp are already highly active participants on India’s real-time payments network Unified Payments Interface, or UPI. Both Walmart’s PhonePe and Google Pay corner over 85 per cent of the market, which is made up of 50 apps including that owned by banks. 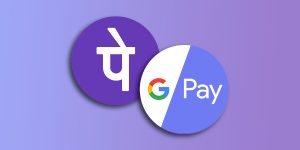 Amazon and Google have also enabled financial intermediary services, such as loans and card payments, on their payment platforms. More recently, in a move that is expected to shake up the banking industry, Google Pay has started offering time-deposit products of small Indian banks who don’t have a retail liability franchise of their own. And, Equitas Small Finance Bank made an official announcement that they have set up shop on Google Pay offering the digital wallet platform customers up to 6.85 per cent interest on one-year funds.

Other lenders are expected to sign up on Google Pay as well, said media reports.

A Bloomberg report pointed out that Alphabet, Facebook Inc and Amazon.com Inc might pose a far bigger challenge to brick-and-mortar lenders than fintech startups that lack the scale of platform businesses. Mostly, deposit-strapped banks might cave in to the lure of tapping into the existing cache of active users of these tech intermediaries, which might then cut into the core operations of financial institutions like deposit-taking.

This might eventually impact larger banks in time who will then have to contend with shrinking deposits. The RBI in its biannual Financial Stability Report last month warned that the entry of Big Tech firms such as Apple, Amazon, Google Facebook and Microsoft into financial services in emerging markets like India could present challenges in maintaining adequate stability and governance of the ecosystem, said an Economic Times report.

In the report, the RBI listed its key concerns such as monopolistic practices, antitrust issues, cybersecurity risks, and challenges around data privacy. The Central bank has already held back granting a license to Amazon, Google and Facebook to build a brand-new payment network in India due to data safety concerns, said media reports.

In China, local tech titans, not Silicon Valley firms, managed to easily topple traditional lenders from their seats of power. For example, Jack Ma’s Ant Group Company had been hawking banking services to their growing network of users, cashing in on inherent tech advantages of using their customer’s real-time non-financial data to check their credit capabilities. This was however before Chinese government cut them down to size.

The Indian banking industry seems particularly vulnerable to Big Tech, said experts. Financial transactions have increasingly gone on the tech route largely involving customers having to just plug into an open network. While banks continue to be bogged down with elaborate and cumbersome Know Your Customer processes, payment wallets could establish customer identity with ease.

Also read: RBI announces new bank locker rules. Read on to find out what has changed

Also, India’s deposit-taking institutions lack any unique selling point to draw customers to bank with them except for holding the bank accounts for sending or receiving funds. Today, customers prefer to get onto Google Pay or PhonePe to make their transactions rather than use bank apps or their cards.

In fact, the Bloomberg report said that the two wallets were used to transfer 5 trillion rupees ($70 billion) last month. That’s the power of the platforms’ data-network-activity, said reports, and when Facebook’s WhatsApp Pay gets into the swing, its half a billion Indian users are sure to dial into their financial services.

According to media reports, the stage is set for Silicon Valley to storm the banking sector.

Interestingly, Equitas who does not have any sort of relationship with the Google Pay customer, may not end up having a long-term association with the saver. Once the deposit matures, the money will automatically return to the bank’s account it came from. Customers will have a raft of lenders to choose from on a platform that can book deposits in just a matter of two minutes. They can just click on the bank that offers them the best interest rate making this tech-driven facility clearly tilted in favour of the customers.

If Google Pay is successful in its new banking venture, PhonePe and WhatsApp Pay may just want to jump into the bandwagon. Platforms can also provide insights into consumer behaviour and payment flows for a fee. What could work against the banks is that they can decide if a bank’s promotional offer is to be displayed prominently or buried in an obscure corner.

Big tech seems to be driving out a critical industry on the road to slow death, so India’s state-run lenders, in particular, will need to pull up their socks to fight the challenges posed by this tech gravy train or lobby hard with regulators like an already convinced RBI to rein in the tech giants.