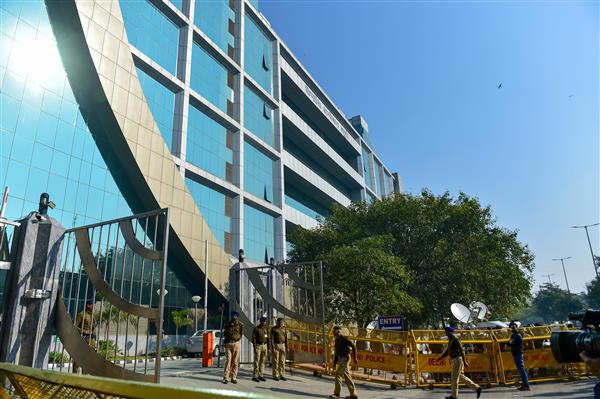 The CBI headquarters in New Delhi: Hearing a petition on the recent murder case of a Dhanbad judge, CJI N V Ramana had pulled up the CBI for their inaction when lower court judges complained of threats against them. Pic: PTI

Two years after the Andhra Pradesh High court had asked for a probe into the alleged defamatory posts against their judges, the Central Bureau of Investigation (CBI) has finally arrested five persons in this connection.

Three persons had been arrested when the complaint was filed by the Andhra court, and now two more have been arrested, sources told NDTV.

These delayed arrests have been made only after Chief Justice of India (CJI) N V Ramana castigated CBI and intelligence agencies for not responding on time to complaints about threats to lower court judges.

The CJI, who pulled up the agencies during a hearing of a petition in Supreme Court on the recent murder of a Jharkhand District Judge, had observed that the CBI “do not respond” when judges complain to them about the threats they receive, said the NDTV report.

“The CBI has done nothing,” said CJI Ramana flatly, adding that the judiciary had expected the CBI’s attitude towards them to change but that has not happened.

“Sorry to say, this is the situation,” he added. Further, he accused the investigating agencies of not helping at all pointing out that he was not making this statement lightly but with “some sense of responsibility”.

“I am not divulging more. Something has to be done,” said the CJI. The top judge then directed the Centre to respond within a week on a petition filed demanding protection for judges.

On July 28, Jharkhand District judge Uttam Anand, 49, was killed when an auto rammed him while he was on his morning run.

It was first considered to be a hit-and-run case. But after the CCTV footage was examined, it was clearly evident that the auto had deliberately rammed into the judge, while he was running along a deserted stretch of road. His death happened while Judge Anand, who had been handling cases on mafia killings in Dhanbad, had rejected bail requests to two gangsters.