The Bharatiya Janata Party, after failing to deliver on its promises of providing electricity, toilets and drinking water to all, has roped in magicians to perform tricks and drive Jharkhand voters in its favour. Assembly elections are currently underway in five phases in the state.

Even though Prime Minister Narendra Modi keeps blowing his trumpet on villages achieving 100% electrification and rural India becoming open defecation free, tribal villages like Anigara, Sosodih, Kundi, Ulihatu, Birbanki and others in Khunti district, about 40 kms from Ranchi, lack even the basic amenities. This despite the repeated election of the party’s representatives in the region.

Also read | To retain Jharkhand, BJP has to choose real issues over Hindutva

Karia Munda, former deputy speaker and former BJP MP, has won eight times from the Khunti (Lok Sabha) constituency. Arjun Munda, former chief minister of Jharkhand and a minister in Modi’s cabinet, also hails from the region. BJP MLA Nilkanth Singh Munda has been representing the Khunti assembly segment ever since the state was formed in 2000.

One may assume that with all these party leaders with plum portfolios, the constituency would have fared much better on social parameters. But reality tells a different story.

As part of the party’s campaign strategy and in an attempt to register the party’s image in the people’s mind, the BJP has hired magicians from Maharashtra and Gujarat to perform in villages in poll-bound Jharkhand, to divert the attention of the tribal voters’ from core issues.

Poll campaigners claim they have used this tactic in previous elections as well, indicating that it has helped the party to a large extent in the past, given its history of repeated electoral success in the constituency.

On a leisure Sunday morning, Jagannath Munda, Karia Munda’s son, was seen handling the party’s campaign strategy, hopping from one village to another along with a magician and two dedicated party workers. On display were the party’s flags on top of most of the houses on the main streets of the villages.

The magician performs in five villages every day, entertaining the masses and sending across a message about the party at the end of each trick.

While the campaign truck was parked in one of the village’s common area on Sunday, magician Farooq Khan Saheb from Maharashtra was seen performing a handkerchief trick, during which, he pulled out a BJP scarf from a packet after a local boy puts a regular handkerchief inside it. He concluded his trick with a reminder for the villagers that they must remember the party symbol and vote in its favour during the election. The show was attended by some 20 children and a handful of voters in a village block of less than 100 households.

“Many villagers do not have radios or television sets. So this becomes entertainment for us. Instead of a regular boring campaign, this makes sense,” said Arjun Munda, one of the villagers. There’s no electricity connection in Munda’s house, let alone a television set. 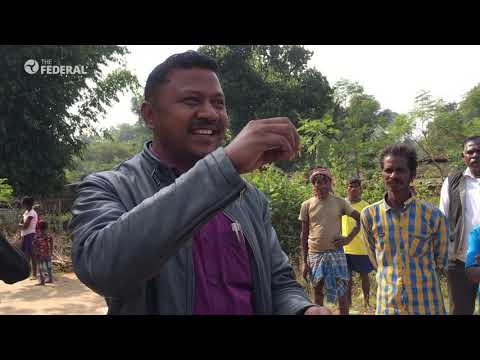 Asked how it helps the party, Jagannath Munda said it is a better campaign strategy for its rural vote bank, wherein neither the performer nor the party workers force anyone to vote in favour of the party. However, he failed to answer on the failure of party’s social welfare promises.

“We have done this in the past, including the Lok Sabha elections. And it has worked in our favour. We also send out a message about the party’s development works and promises during the performances,” he said.

Jharkhand is not the first state nor is it the first time where the party has resorted to such tactics. It had hired magicians for its campaigns during the 2014 and 2019 Lok Sabha elections, and even during the assembly polls in Madhya Pradesh, Gujarat and Maharashtra.

India has great opportunity to make steel for...