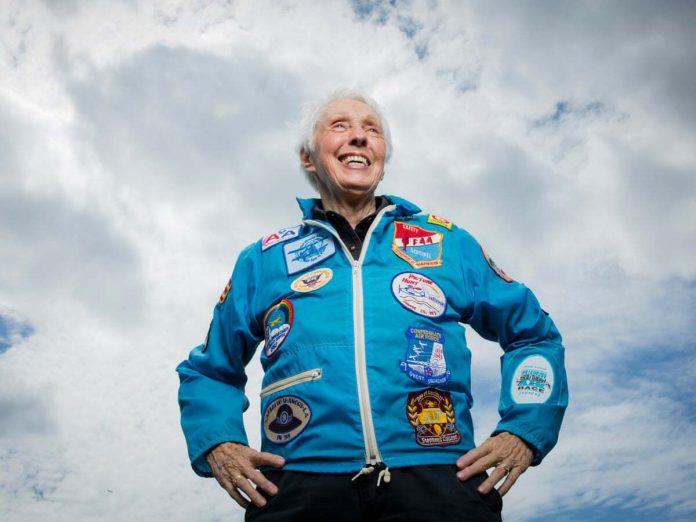 Funk received her pilot licence at the age of 17, and she was working as a civilian flight instructor in Oklahoma by the time she was 20. In 1961, Funk became a part of Project Mercury, NASA’s first manned spaceflight mission. A group of 13 elite female pilots were selected to undergo the same tests as seven men for NASA’s first spaceflight, and Funk was the youngest among them. These women, known as Mercury 13, or First Lady Astronaut Trainees (FLATs), had to spend hours undergoing both physical and mental trainings, and they outdid the men in those trainings. But no one from the Mercury 13 group could fly as the mission was abruptly called off. At 22, Funk was the youngest of the Mercury 13 group.

“I’ve been waiting a long time to finally get up there, and I’ve done a lot of astronaut training through the world – Russia, America – and I could always beat the guys on what they were doing because I was always stronger and I’ve always done everything on my own,” Funk said in a news conference after taking her first spaceflight.

Funk was the first female inspector for the Federal Aviation Administration and also the first female air safety investigator for National Transportation Safety Board. In the press conference, she also said she has 19,600 flying hours and has taught more than 3,000 people to fly.

Funk thanked Bezos for inviting her to take the maiden New Shepard flight and said that she had waited a long time for this spaceflight. She also said that she would like to go to space again very soon. According to The Guardian, in 2010, Funk paid $200,000 for a ride to the suborbital space in the future on Blue Origin’s competitor, Virgin Galactic spaceflight, which she said that she would take soon.

Blue Origin’s New Shepard became the first ever successful crewed suborbital flight launched by a commercial company and the second private company to launch a manned suborbital flight after Virgin Galactic. Virgin Galactic’s founder Richard Branson beat Jeff Bezos in the race for space when he took the first flight on July 11. Branson congratulated the crew of New Shepard for its debut spaceflight, which lasted for about 10 minutes.

Can Jeff Bezos be called an astronaut?