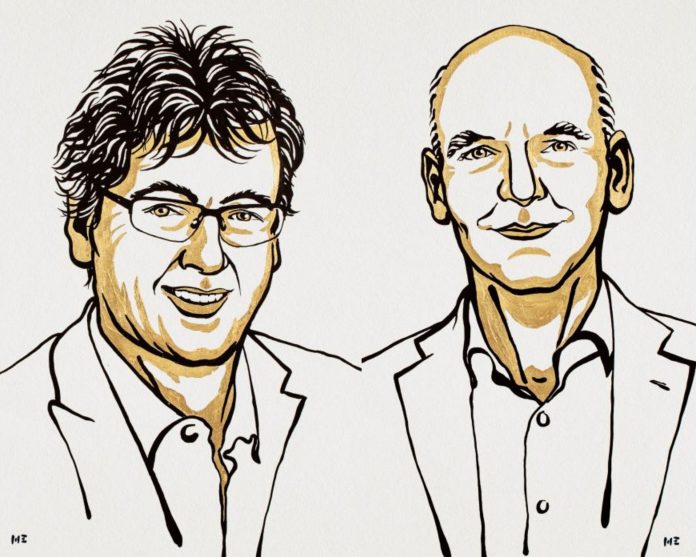 The Nobel Prize for Chemistry has been awarded to German scientist Benjamin List, of the Max Planck Institute, and Scotland-born scientist David W C MacMillan, of Princeton University.

Both the scientists were cited for their work in developing a new way for building molecules known as asymmetric organocatalysis.

The winners were announced on Wednesday by Goran Hansson, secretary-general of the Royal Swedish Academy of Sciences.

The Nobel panel said that List and MacMillan had developed a new way of catalysis in 2000.

“This concept for catalysis is as simple as it is ingenious, and the fact is that many people have wondered why we didn’t think of it earlier,” said Johan Aqvist, who is chair of the Nobel Committee for Chemistry.

The release by the Royal Swedish Academy of Sciences, which gives away the Nobel Prizes, said that organocatalysis has developed at an astounding speed since 2000. “Benjamin List and David MacMillan remain leaders in the field, and have shown that organic catalysts can be used to drive multitudes of chemical reactions,” the release said.

The statement added that using these reactions, researchers can now more efficiently construct anything from new pharmaceuticals to molecules that can capture light in solar cells. “In this way, organocatalysts are bringing the greatest benefit to humankind,” the statement added.