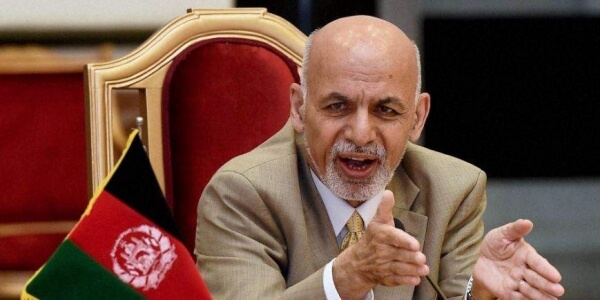 Ashraf Ghani left without a succession plan and without a deal with the Taliban about the future governance of the country | Photo: AP

Afghan President Ashraf Ghani fled Kabul on Sunday with four cars and a helicopter full of cash, according to a report.

Ghani had to leave some money behind as it would not all “fit in”, the report said.

“Four cars were full of money, they tried to stuff another part of the money into a helicopter, but not all of it fit. And some of the money was left lying on the tarmac,” Nikita Ishchenko, a spokesman for the Russian embassy in Kabul, was quoted as saying by RIA.

Ischenko cited “witnesses” as the source of his information.

Ghani’s current whereabouts are unknown. Reports claim that he is in Oman after Tajikistan denied the aircraft carrying him the permission to land. Reports also said that he is headed to the United States.

In a Facebook post just before fleeing, Ghani had said on Sunday that he is leaving so to avoid bloodshed. He left without a succession plan and without a deal with the Taliban about the future governance of the country — an agreement envisioned in the Donald Trump-era deal under which the United States agreed to withdraw troops from the country.