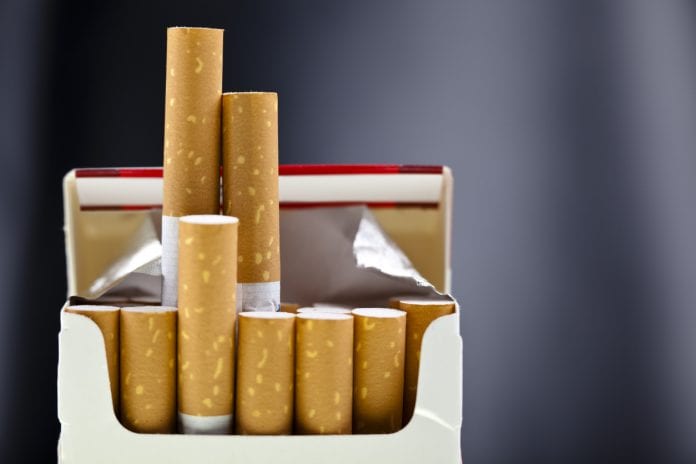 Smoking causes 25% of all cancers in New Zealand, and is termed the leading cause of preventable death — about 5,000 a year. (Representational image)

While governments across the world have used threats and pleas and taxes to pull their citizens out of the tobacco habit, New Zealand has gone several steps ahead with drastic measures. With an ambitious 100% smokefree target for 2025, it has announced plans to make sure its youth never get to even try a cigarette — after all, it’s often the ‘trying for fun’ that turns into a lifelong killer habit.

The island nation has barred the purchase of cigarettes or any tobacco product by anyone born after 2008 — all their lives. Under new legislation likely to be enacted next year, older people can still buy cigarettes, but the nicotine levels will be lower. Also, fewer retailers will be allowed to sell them. The government also plans to expand deaddiction services.

The announcement was widely hailed by healthcare officials, youth counselling professionals and advocacy groups. “This is a historic day for the health of our people,” said Dr Ayesha Verrall, Associate Health Minister, in a statement. “We want to make sure young people never start smoking, so we will make it an offense to sell or supply smoked tobacco products to new cohorts of youth. People aged 14 when the law comes into effect will never be able to legally purchase tobacco.”

For a nation that boasts high levels of literacy and advancement, New Zealand has a serious tobacco problem. Against the global average of 13%, New Zealand’s smokers form 9.4% of its total population. However, that’s an average — in some ethnic groups, such as Maori and Pacific Island citizens, the smokers’ population is as high as 31%.

Smoking causes 25% of all cancers in the country, and is termed the leading cause of preventable death — about 5,000 a year. Smoking-related diseases are particularly more prevalent in the ethnic groups, leading healthcare professionals to infer a direct correlation between the habit and its effects.

Health authorities in the country say the teens are in a critical age bracket, as they tend to slip into addictive habits. Around 80% of New Zealand’s smokers begin at the age of 18. By cutting off their sources from when they are 14, the government hopes to stop an entire generation from trying a cigarette.

Existing measures are tough, too

The government has been battling the issue for a while now. Having announced its smokefree aim in 2011, it hiked the taxes and made its cigarette prices among the world’s highest — a pack roughly costs US$20. It strictly implements a plain-packaging rule.

The latest measures are far more severe, since the government doesn’t see any point in increasing taxes anymore. “We’ve already seen the full impact of excise tax increases,” said Verrall. “Going further will not help people quit. It will only further punish smokers who are struggling to kick the habit.”

While there is concern that a strict ban will only fuel the black market, government officials say the solution lies in better border control and overall vigilance.