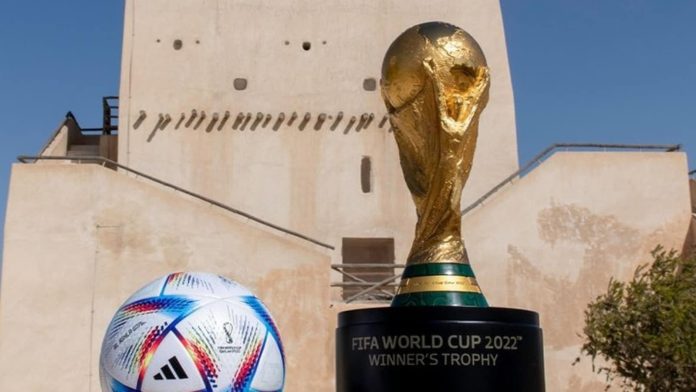 It has been more than a week since the FIFA World Cup 2022 kicked off in Qatar. Now, teams are jostling in group-stage matches to qualify for the knockout round of 16.

Today (November 29) will see the beginning of the third and final group-stage contests for all 32 teams in the competition.

As per FIFA rules, the last two matches in each group shall have simultaneous kick-off times on the same day.

It will begin with Group A as Qatar versus Netherlands and Ecuador against Senegal will kick off simultaneously at 8:30 pm IST on Tuesday. Only Qatar has been eliminated and all three other teams have a chance to progress to the Round of 16.

Also read: FIFA World Cup 2022: All you need to know about the tournament in Qatar

Only the top-two teams in each of the eight groups will qualify for the Round of 16 stage. What happens if teams are on equal points? What is the tie-breaker rule put in place by FIFA?

Here is the rule.

Equal points and qualification for the knockout stage

If two or more teams in the same group are equal on points after the completion of the group stage, the following criteria, in the order below, shall be applied to determine the ranking:

If two or more teams in the same group are equal on the basis of the above three criteria, their rankings will be determined as follows:

– indirect red card (as a result of two yellow cards): minus 3 points

Only one of the above deductions shall be applied to a player in a single match. The team with the highest number of points shall be ranked highest.

With respect to the second step, all affected teams will be ranked by applying the criteria (d) to (g) in order. If one team qualifies for a higher or lower ranking pursuant to one criterion but it is not possible to rank all teams on the basis of the same criterion, the remaining two or three teams will be ranked pursuant to the next criterion, and so on. In any case, the second step of the ranking does not restart for the two or three teams remaining after application of a criterion.