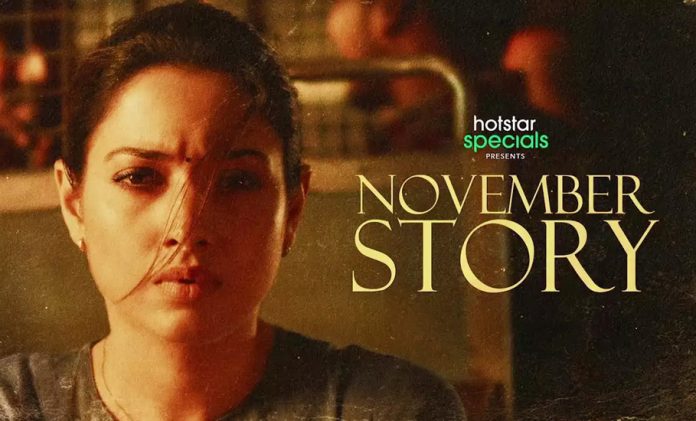 Shoojit Sircar’s 2013 Madras Café never made it to theatres in Tamil Nadu. Tamil nationalist groups protested against the alleged depiction of Tamil rebels in the Sri Lankan civil war as being “nauseatingly anti-Tamil” and threatened to unleash mayhem. Theatre owners were wary of screening the film though the Madras High Court cleared the release. It was a de facto ban on the film.

Madras Café was recently cited as a case in point when Naam Tamilar Katchi (NTK) chief Seeman demanded a ban on The Family Man-2 for being ‘anti-Tamil’. (That call just faded away for some reason, luckily for the fans).

Madras Café, which is now streaming on Netflix, (digital has no dogma, apparently) is not really about the Tamil Eelam struggle. The plot, set in the 1990s, has more to do with the Indian government and the role of its intelligence in the build-up to the 1991 assassination of Prime Minister Rajiv Gandhi.

It is narrated through the eyes of Vikram Singh (John Abraham), an intelligence operative pitted against Tamil rebels in Sri Lanka. Vikram is sent to break the LTF (every resemblance to LTTE) and quickly organise elections to find a peaceful solution and stop the violence. But he encounters corruption in his own agency, and his attempt to smuggle in arms to help prop up the rival of LTF chief Anna (ostensibly LTTE chief Prabhakaran, played by Tamil actor Ajay Ratnam) comes to nought and eventually he stumbles on an international conspiracy to assassinate the former PM.

So, it is not a movie on the internal war in Sri Lanka. It does not delve into India’s role in Sri Lanka. After watching Israeli political thrillers like Fauda, or even Family Man, you understand the importance of having a grip on the ground reality of a conflict. Vikram is just not real enough, his problems seem contrived.

The pace picks up when the Indian intelligence decodes messages from LTF and learns about the possibility of a bomb attack on a former PM but that is also quickly glossed over. However, back in 2013, it was considered a brave political thriller.

Meanwhile, Channel 4’s highly-disturbing documentary, Sri Lanka’s Killing Fields, which gives an overview of what really unfolded in the final weeks of the civil war between the Sri Lankan government and the Tamil Tigers, is available on YouTube from 2011 itself. Much of the footage, which documented the summary executions, rape, torture and bombing of tens of thousands of Tamils in the last days of the civil war after the UN pulled out of the country in September 2008, is upsetting and stomach-churning.

But as The Guardian wrote, “Most disturbing of all, though, was the clip of UN secretary general Ban Ki-moon being given a whistle-stop PR tour of a refugee camp by Sri Lankan government officials, and failing to talk to a single Tamil about their experiences.” It’s true the international community conveniently averts its eyes when it wants to – aren’t we seeing this in the Israel-Hamas conflict as well?

Actor-director Nandita Das, who is also an activist, is familiar to Tamil cinema audiences, having appeared in Mani Ratnam’s Kannathil Muthamittal (also available for a nostalgic watch on Amazon Prime Video), as a Sri Lankan Tamil who abandons her baby at the Rameswaram refugee camp and returns to Sri Lanka to fight in the civil war.

Riots and the aam aadmi

This actor’s debut directorial Firaaq, in 2008, ran into trouble like Madras Café in one state – Gujarat. The movie was set in 2002, after the communal riots in the state, and traces the impact it had on ordinary people – an angry Muslim couple Nawazuddin Shah and Shahana Goswami, who feel betrayed by their neighbours; a greying musician (superbly portrayed by Naseeruddin Shah) oblivious to the raging religious war in his neighbourhood; an abused Hindu wife; and the movie’s star – little boy Samad, whose eyes are heavy and anguished with the bloody violence he has witnessed.

The stories of these characters are interwoven in a 24-hour period – the oppressive threat of violence hangs in the air. The first scene shows a truck full of bodies being dumped into a burial site and that is a chilling sight.

Firaaq ran into trouble in Gujarat as theatre owners were allegedly under pressure from the saffron brigade and the state government not to screen films with the 2002 riots as the backdrop.

Then Gujarat Chief Minister Narendra Modi was reportedly keen at that time to see the film but Das saw ‘no reason’ to hold a special screening for him. “It’s true he wants to watch it. He has apparently asked my producers. But I see no reason to show it to him…anyone is free to watch it,” she had told IANS. Firaaq can be watched on Amazon Prime.

Parzania, another film on the post-Godhra riots in Gujarat, was ‘banned’ by the Bajrang Dal and not a single theatre was ready to screen it. It is easily available at a click on Disney+Hotstar today. The film revolves around a couple desperately searching for their son who disappears after the February 2002 Gulbarrg Society massacre.

Anurag Kashyap’s Black Friday on the 1993 serial blasts, and rebel filmmaker Quashik Mukherjee’s Gandu and Loev, an Indie gay romance, which are streaming on Netflix, have all courted controversy. Obviously, they all enjoy a free run on OTT.

It is a no-brainer. This weekend, fans of The Family Man will be glued to their screens, lapping up season 2 of this extremely popular Made in India thriller series. What will Srikant Tiwari, a middle-class man secretly working as an intelligence officer, do next to keep his family and high-octane spy job intact?

More crime and emotional drama come in the form of DOM, an eight-episode Brazilian crime mafia series inspired by a true story, which is landing on Amazon Prime this weekend. By a twist of fate, Victor, a young diver becomes part of Brazil’s war on drugs as a military intelligence agent. Years later, a disillusioned Victor watches his son Pedro (Gabriel Leone) become an addict and the most wanted criminal in Rio de Janeiro.

For people who vicariously followed a tribe of survivors in the zombie series, Walking Dead Season 10 has landed on Netflix. There’s also a major hit Hollywood film that is now available on the same platform — Robert de Niro and Anne Hathaway’s Intern. A 70-year-old widower finds himself at a loose end after retirement and decides to get back into the workforce. It is a heart-warming tale of the bond that develops between the boss (Hathaway) of a new age online company and her new (old) intern (de Niro).

There’s another Hollywood film that has hit OTT this week, which will probably capture a lot of eyeballs. That is The Mauritian, which tells the story of Mohamed Ould Slahi, (essayed by Tahar Rahim), who is suspected of being part of the al-Qaeda terrorist group, and is picked up by the police after the 9/11 attack.

Slahi is whisked off to the infamous Guantanamo Bay prison, where he remains. His lawyer, played by Jodie Foster, believes he is innocent and fights for him. She can always be relied on to put up a good fight. Lt. Col. Stuart Couch (Benedict Cumberbatch) also plays the military prosecutor with admirable restraint — seems like an exciting watch.

Incidentally, one film that is ostensibly not getting the recognition it deserves on OTT platforms is Tamil movie November Story. Here, we have a daughter, an IT expert (Tamannaah Bhatia) who has to fight to prove the innocence of her father who’s implicated in a murder.

Her father, a celebrated crime novelist suffering from Alzheimer’s, is found at the murder scene with no memory of what happened. This is becoming Disney+Hotstar’s biggest film. Check it out.