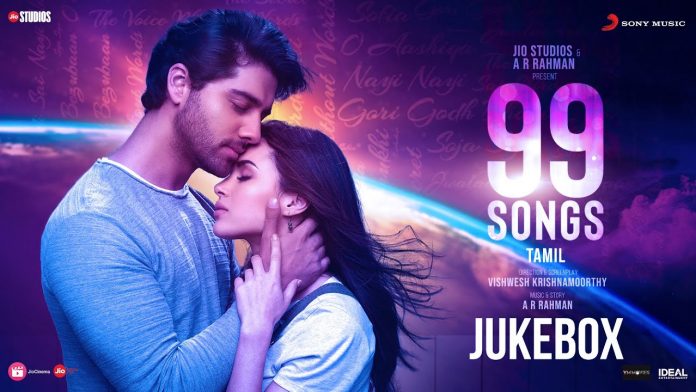 99 Songs, which marks AR Rahman’s debut as a writer and producer, has landed on Netflix

The creators of Fauda, the fast-paced Israeli political thriller set against the backdrop of the contentious, long-drawn Israel-Palestine conflict, never thought the series will end up being so popular around the world, including in Arab nations like the United Arab Emirates.

A lingering pandemic and Netflix put them on the international map. Fauda (which
translates from Arabic to mean chaos, also a code word among spies when an operation goes wrong) is a big favourite among OTT binge-watchers in India as well. It became the third-most watched show in India, said the co-creator and lead actor, Lior Raz, in an interview to a Dubai daily. Raz, who had worked in the Israel defence force before he became an actor, brings his knowledge obtained on the ground to the series, which makes it very real.

The first season of Fauda is a gripping tale. It is not just about how an Israeli army’s
undercover unit hunts down Palestinian terrorists planning a nerve-gas attack, but also
about the havoc, pain and loss it wreaks on their families and loved ones. No one is a hero; no one is the bad guy here.

Both sides gun down innocent victims, commit brutal acts of violence. The series doesn’t
really take sides and just focusses on the “human” side of this grisly conflict. Be it the Israeli agent or the Palestine terrorist, both have to deal with the agony of seeing a loved one being blown to smithereens at close quarters. Or, they have to be ready to sacrifice family life or sometimes even the life of their own child.

Undeniably, it is children who suffer the most in a war, and the impact of this long-standing, violent war on children especially has been effectively captured in a Netflix documentary called Born in Gaza. It follows the lives of a few children coping in a war-torn zone.

There is a wide choice of shows and movies on the Israel-Palestine conflict on OTT
platforms. A poignant, hard-hitting short, the Oscar-nominated The Present gives a glimpse
of the indignities Palestinians suffer as they pass through check-posts manned by Israeli
soldiers in the Israeli-occupied West Bank. Directed by Palestinian-British filmmaker Farah
Nabulsi, the film shows a Palestinian setting out on a simple errand to buy an anniversary gift for his wife, along with his little daughter. It is brilliantly done but here’s a rider: before you get into these films, you need to read up a bit to understand the different agencies
involved in this conflict.

Another film set in this volatile region is Oslo, which is based on a true story of the people involved in brokering peace between Palestine and Israel, which eventually led to the 1993
Oslo peace accords. Starring Golden Globe-winner Ruth Wilson as a Norwegian foreign
minister, the film details the secret back-channel talks, unlikely friendships, and quiet heroics of a small and committed groups of Israelis, Palestinians and one Norwegian couple, who want peace. This promising film is set to release on Disney+Hotstar next week.

The Spy, which tracks the life of an Israeli clerk-turned-spy Eli Cohen (played by the
inimitable Sacha Cohen) who goes undercover in Syria, and manages to work for the
government to spy for Israeli intelligence agency, Mossad, is a clincher. Steven Speilberg’s
2015 Munich on Israel’s revenge for the murder of its athletes by Palestinian terrorists at the 1972 Olympics is also streaming on Netflix.

For more espionage stuff (away from Israel and Palestine, however) is Sydney Pollack’s
The Interpreter, which revolves around a United Nations interpreter, whose life goes awry after she overhears a plot to assassinate an African head of state. The highlight of the film is Nicole Kidman, who plays the protagonist.

Our desi-espionage series, the eagerly-awaited season 2 of The Family Man will land on
Amazon Prime next month. There is a lot of buzz around the new season, especially since
Telugu star Samantha Akkineni has joined the cast this season. Manoj Bajpayee, with his
whacky asides delivered in his dead-pan style, adds spice to this middle-class guy’s story,
who balances both his family and a cliff-hanging, action-packed life as a secret agent.
This national award-winning actor from Bihar, who got recognition in Bollywood after Ram
Gopal Verma’s Satya and went on to do some memorable roles in films such as Aligarh
(available on Amazon Prime Video) and Gangs Of Wasseypur, has catapulted into the public
eye again with the OTT series, Family Man.

For Bajpayee fans, there’s also the murder thriller on Zee5 called Silence…Can you hear it? Bajpayee plays a cop, who has been picked by a retired judge to find his daughter’s killer. The film’s plot is a bit amateurish, the characters flaky, but the actor rises above the
mediocrity to shine in his trademark style.

Away from gore and murder, a light-hearted, breezy Telugu drama Rang de, with Keerthy
Suresh and Nithiin, is expected to release next week. It picked up good reviews when it
released in theatres. This coming-of-age story is about childhood friends, Anu and Arjun,
who share a love-hate equation. The two get married. How the couple solve their differences and manage their marital life forms the rest of the story.

There’s an unusual Telugu film slated to land on Zee5 on May 27, called Ek Mini Katha. It is about a young man, who is insecure about the size of his sexual organ and wants to go in
for an operation to correct this ahem… shortcoming after he falls in love. It is meant to be a fun riot! Hopefully, it is on the lines of the tastefully done 2013 Tamil comedy Kalyana
Samayal Saadham, which had handled the sensitive issue of sexual dysfunction.

Also read: Should you put some money in Amazon, Netflix, Tesla and Twitter?

Tamil director Radhamohan’s new directorial Malaysia to Amnesia, which will premiere on
May 28 on Zee5, is also a comedy about two childhood friends, who decide to get married but find they are struggling to cope with marital life.

Meanwhile, the glitzy commercial film 99 Songs, which marks AR Rahman’s debut as a writer and producer, has landed on Netflix. It has great music, an earnest young hero, emotional drama, and a love story. Surely, everything you need for a weekend watch.